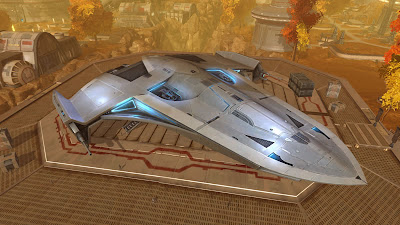 Are you wanting to know more about starships? You’re not alone but now you can find a great rundown of everything you need to know about starships in SWTOR in the Ultimate Starship Guide video from TGN.

In this video, Ned goes through all the features of Starships in the old republic in this Ultimate guide! He starts from the beginning with an explanation on how and when your hero gets a starship. He then goes into the purposes of your starship complete with screenshots from the game showing you exactly what the voiceover is talking about. Look at it like an inside tour of various starships you can see in the game.
Next, he tells us how the starships are key for travel in the game (duh) but also tells us about hangars and where to find them as well as the basics of how you travel. Then he moves on to purpose number 3: space combat.
Space battles are one of the most exciting parts for many people. The video shows some clips of it and talks about how to get space combat missions and more. Some combat mission rewards give you currency to buy upgrades for your starship. Awesome!
Finally, the video moves on to yet another purpose of the starships- crew skills. Companions go to work for you and complete professions and collecting while you are out doing other stuff or even while you are not logged into the game. The ship is also the home for your companions and it’s where you talk to them and give them commands.
0
SHARES
ShareTweet