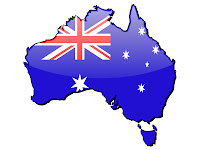 The Australian Government Classification website has listed a new PC game titled “Paper, Scissors, Stone” that has some interesting similarities to what one might see under a SWTOR classification. Does this mean that the game might finally be headed down under?

This mystery game is classified “M” and consumer advice says “Science fiction themes, violence and drug references; Online content variable”. The author is listed as BioWare & “Lucas,” and the publisher is listed as Electronic Arts.

Based on this info, it seems pretty likely that SWTOR will be coming out in Australia. It’s great news for the Aussies but is it really such a surprise that the game would eventually be released there? It was bound to happen eventually and with us growing closer to launch, I’m not too surprised to see this news.

The only downside is that this really only confirms the possibility that EA/Bioware may have started the approval process to get the game into Australia under the code name. It doesn’t mean that the game will happen right away. It could be 6 months or more away still. But this is definitely a positive sign for Australians, right?