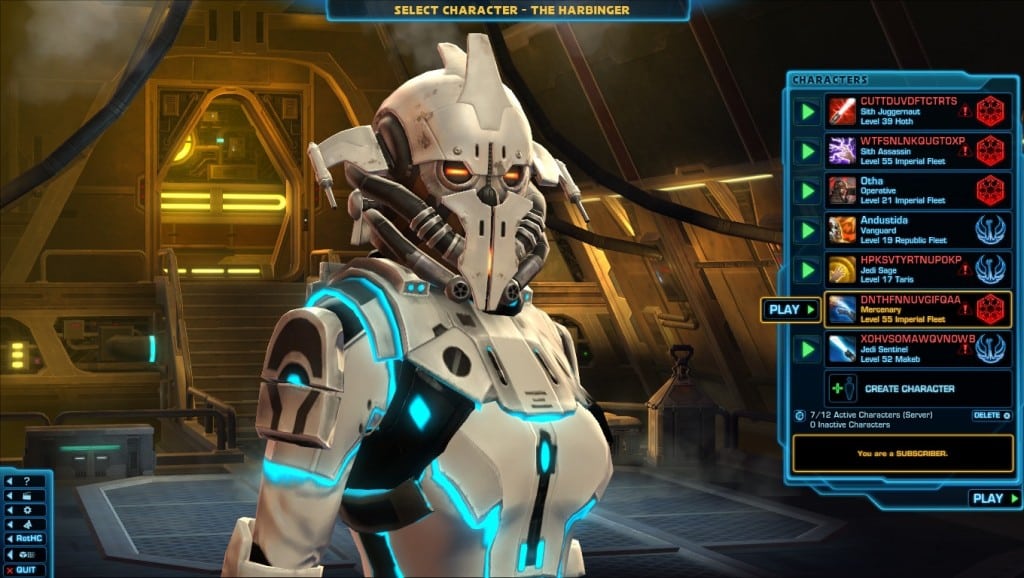 BioWare just sent a mail to all Asia Pacific players letting them know that servers will be closing down within the next few months. All players have been offered free server transfers, and remaining toons will be moved to west coast servers when the servers are taken offline.

This doesn’t come as a shock to many people, but finally we got official confirmation about the shot down:

We wanted to inform you that we are preparing to consolidate our Asia Pacific servers into our current West Coast North American servers. This will occur sometime in the next few months.

Please follow the instructions below to begin your free character transfer:

– Go to your “My Account” page by clicking on your username in the top right corner of SWTOR.com
– On the left hand side, scroll down to Character Transfer
– Once there, select your current APAC server and then the character you wish to transfer
– Now select your destination server (where you want to move your character)
– Press the transfer button

All remaining characters will be consolidated into the following servers in a few months:

May the Force™ be with you,