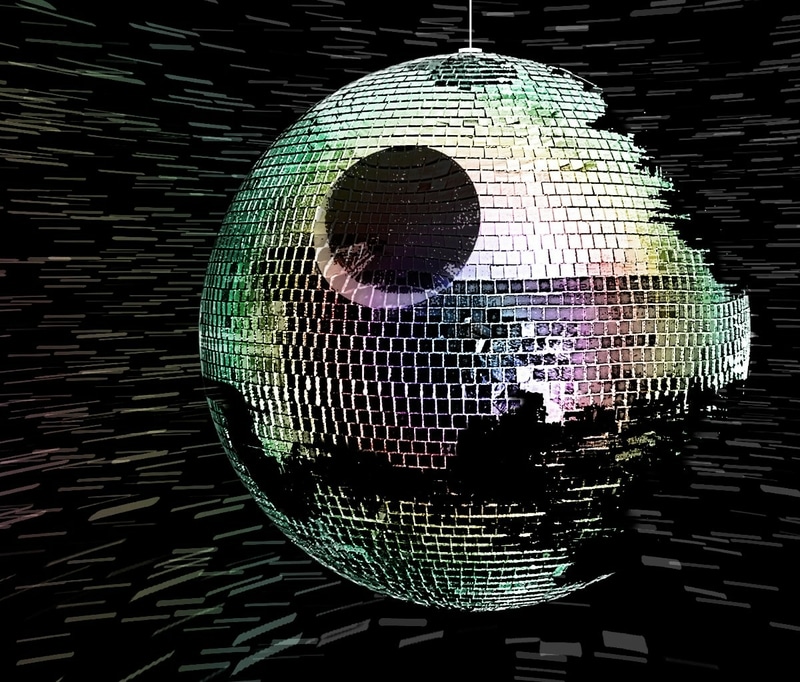 Star Wars has had a massive impact on pop culture around the world, inspiring fans to create their own works of art, fan films, fan fiction, and crafts.  But it is in music that we can also see the influence that George Lucas and Star Wars has had over the years.  Take a look at these 8 tunes inspired by the Star Wars saga:

Weird Al Yankovic: The Saga Begins Amusing to many, iconic to geeks, and known to many as a Star Wars nerd at heart, The Saga Begins is not Weird Al’s first tribute to the films.  He’s done a few songs, but what makes this one stand out is it came out just before The Phantom Menace – which proved one thing: just like most of us hardcore fans, Al was scouring the web for spoilers about the prequels.  He did it so well; he used the plot synopsis as the basis for his song, written to the tune of American Pie:

Richard Cheese: Star Wars Cantina
For those who aren’t familiar with the name Richard Cheese, think of the swing version of Disturbed‘s The Sickness you heard in Zack Snyder‘s remake of Dawn of the Dead.  That’s Richard Cheese.  He’s done a whole bunch of tributes to the style of big band / swing sounds, but one of his lesser known tunes is the tribute he did to Star Wars.  Sung to the tune of Barry Manilow‘s Copacabana, Cheese’s Star Wars Cantina captures the magic of Mos Eisley that only a true Star Wars geek could:

MC Chris: Fett’s Vette
The man known as MC Chris recently came to fame over the internet and via some appearances in media such as Aqua Teen Hunger Force.  He carries on over a variety of topics, but like the above artists, he also regularly pays tribute to Star Wars.  His best known effort in this regard is a tune known as Fett’s Vette (often mis-titled as My Backpack’s Got Jets) which follows the adventures of everyone’s favorite Mandalorian Bounty Hunter, and finally reveals his motivations behind the hunt – to finally finish doing up his Corvette:

Star Wars Gangsta Rap
There’s not much I can really add to this one.  It’s extremely well known across the web, and there’s been a variety of video versions on the web.  The song became so popular on the web that it has its own Wikipedia entry, which highlights that the origins of the song lie in a winning entry to the official Star Wars Fan Film Awards:

Chris Bodily: Pretty Fly For A Jedi
Loosely based on The Offspring‘s Pretty Fly For A White Guy, Chris Bodily’s parody became well known on the web.  Like Weird Al Yankovic’s The Saga Begins, the song mainly focuses on the events of the prequels and follows mainly the character of Obi-Wan Kenobi.  Most importantly though, the song is a lot of fun, and worth including on this list:

Supernova: Chewbacca
Like Weird Al, Kevin Smith is one of the biggest (pardon the pun – sorry, Kev) Star Wars fans out there.  In every single movie he has released, there is always a reference to Star Wars – sometimes it’s small and quick; other times it’s very explicit and an essential part of the movie.  Who could forget the Jedi vs. Hobbit commentary in Clerks II?  Or what about the Star Wars related cameos and references in Jay And Silent Bob Strike Back?  There’s even Tracey Morgan‘s mention of lines from some of the Star Wars films in Cop Out as well.  But Smith’s first effort was Clerks, and there were some very explicit Star Wars references in that film – one in particular is the debate between the main characters of which movie is the best.  Here’s a song from the Clerks soundtrack that embraces that moment, Supernova’s Chewbacca:

Meco’s Star Wars Disco
This list would be incomplete without this inclusion.  Released in late 1977, Meco’s Star Wars Mix was released in the right place at the right time.  The first movie was an amazing smash, and in some places across the world, would screen in some theaters for longer than a year.  Disco was the rising trend in the music scene (much to the dismay of many rock fans and metal heads).  Marrying the two together was a winning combination for Meco, and not only helped the Disco scene, but also contributed to the continuing rise of Star Wars and its influence on pop culture: