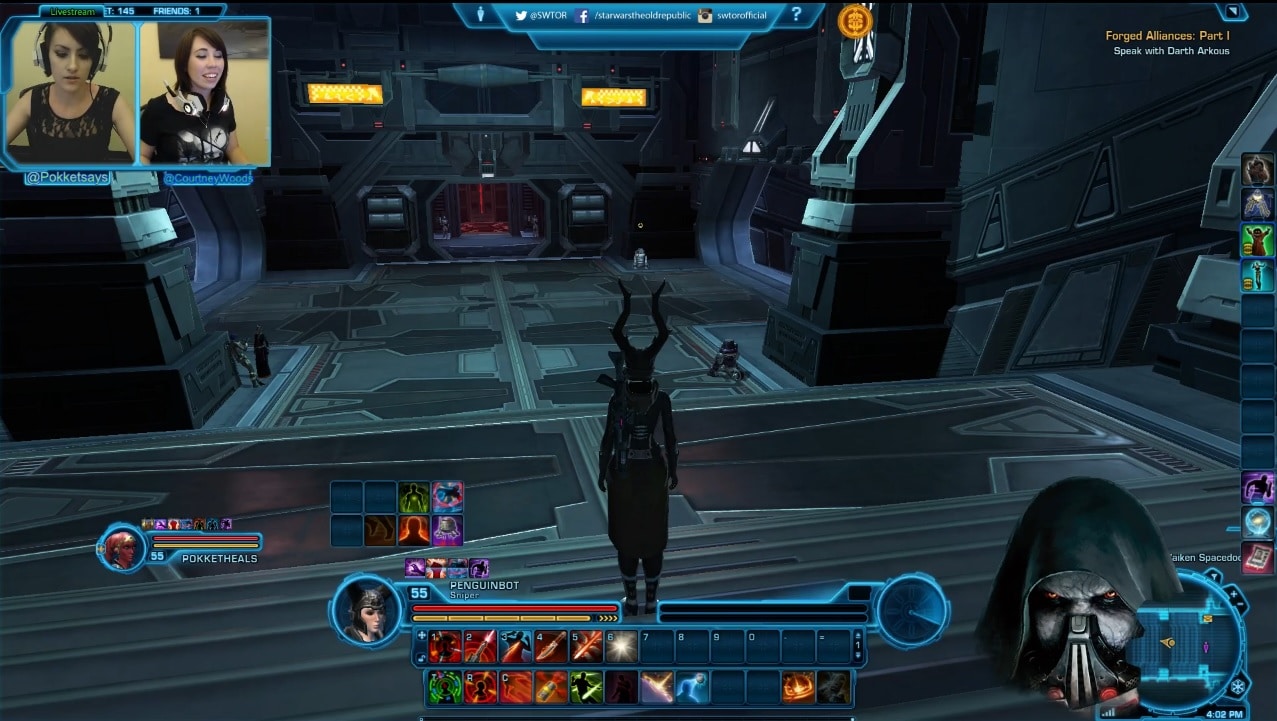 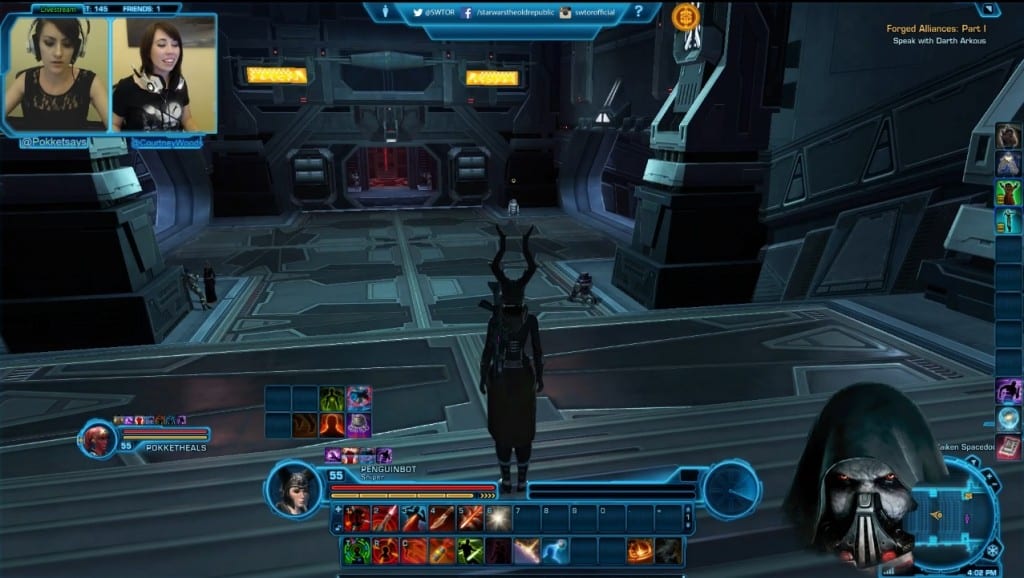 In the past month, we have seen an exodus of SWTOR staff from Bioware Austin, much like one we saw a couple years back. Of these were Courtney Woods from the community team and Hillary “Pokket” Nicole, the Community Coordinator. While specifics were not released, we are given the impression their contracts just ended and Bioware was not interested in renewing them.

As a female gamer and someone who has worked within the industry for a number of years, it’s great to see other females taking a leadership role so I am sad to see them go. That said, it has many asking the question “Are there any females left out there at Bioware Austin?” and of course, there are. It would seem that SWTOR is getting rid of their community team once again (remember when this happened last time?) and the fact that Courtney and Hillary are female was just coincidental.

Regardless of the reasoning behind these two ladies leaving, we will miss them. I personally will miss seeing some female faces on the front lines representing the game and I hope to see them again some time in the future with wherever and whatever life deals them.

As for Bioware’s SWTOR community team, I’m not sure I understand what they are trying to do or what their goals are. As a community manager myself, I find it frustrating they don’t seem to find this role important enough to keep anyone in it long. I also find it frustrating that their community team doesn’t seem to be doing all of the things we expect them to do. I really think there is more going on behind the scenes than we know about.

I’m not trying to speculate when I don’t have facts but some examples are that we expected the community team to be better liaisons between Bioware and the fans and players. While there was communication with fansites like ours, this was basic info we could obtain the same day from the dev feed. There was also some drama over datamined information being leaked but when you’re not giving fansites any insider information above and beyond what the average player knows, you have to kind of expect there will be people who go digging around.

The bottom line is that Bioware is not doing enough (IMHO) to schedule in game events, guild leader meetings (where’s our other Guild Summits like we were led to believe would happen?) and they are not working with the fansites as well as they could be. It’s no surprise really that SWTOR fansites are closing up shop left and right and that we see the community staff out the door and on to new opportunities.

It’s a shame because I first met Pokket at the Guild Summit and when I heard she was hired on as staff, I really expected to see more of her. I am not blaming her as her hands may have been tied on many things but it seemed like a whole lot of hype and nothing much to come from it. This seems to be a trend with Bioware Austin and SWTOR. They have a game that is still alive after a rocky start. They have a game with a decent fanbase. I’d really like to see them doing more to nurture this community.