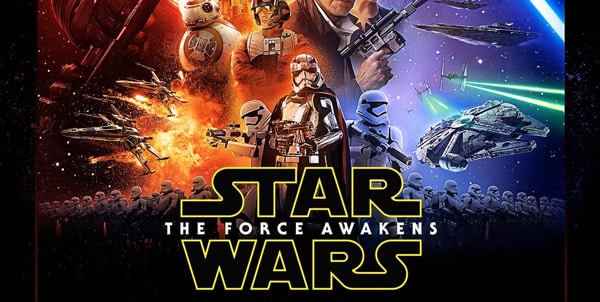 If you loved The Force Awakens, you might be surprised to hear about some of the ideas that never made it into Episode 7. There are plans for Darth Vader’s castle, the main villain was “The Jedi Killer”, and much more. There is a lot of interesting concept art here that shows the ideas that may have made it into the movie. Some are interesting, some are shocking, and some are crazy. While none of these made it into the latest film, we’re hoping we see some of these ideas in future films. Check out the video to see all 10 ideas for yourself and then tell us what you think.

“Check out these 10 insane ideas and scenarios dropped from Star Wars: The Force Awakens...

There are also tons of insights into the creative process of putting this film together, and the incredible amounts of brainstorming and imagining that the artists were doing. While Michael Arndt, and later Lawrence Kasdan and J.J. Abrams, were creating the script, some of the best concept artists on the planet were coming up with some fascinating visions for what a new Star Wars could look like. Every page of this book contains not just beautiful art, but also some really cool details about how the team thought of this far-away galaxy, decades after Return of the Jedi.

So here are the storylines that they seriously considered having in The Force Awakens, but ended up leaving out.

Early artwork of him shows a tall character with red skin and a monocle over one eye. Then the artists were asked to “Boba up” the Jedi Killer, and he started to look a bit more like Kylo Ren. Also, the “Jedi Killer” was supposed to gain power from eating sun energy. There’s art showing him going into his meditation chamber, which is exposed to a star that is very nearby, and the Jedi Killer absorbs the star’s energy.

There’s also one tantalizing piece of concept art of Darth Talon, the villain from the Star Wars: Legacy comics. So maybe they were considering bringing her into the “main” continuity for a moment.

Plus, early designs for Kylo Ren saw him as a literal Darth Vader impersonator. J.J. Abrams liked the idea that someone was impersonating Darth Vader in order to mess with Luke Skywalker’s head.”