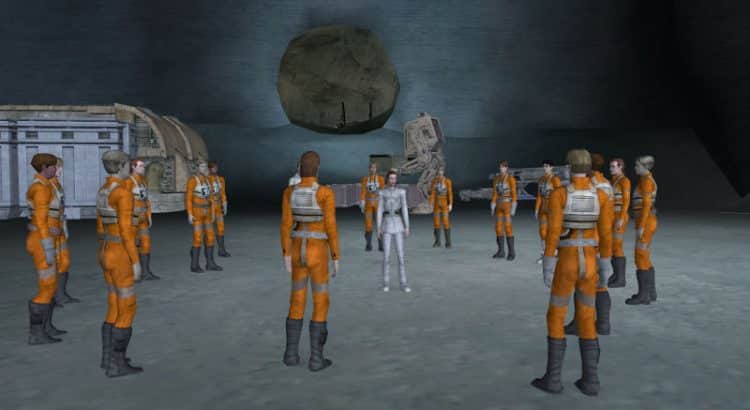 Have you been wondering what people are thinking of the SWG server “Winter”? This isn’t meant to be a space to bash on other servers or things you don’t like but definitely a place to talk for a bit about Winter and see an opinion from someone who used to play in the SOE days. So far, the consensus seems to be very positive about this server. That said, let’s take a look at what one player thinks of the server.

This review from  Kimaria, who is not a dev or biased person, but just a player getting to test things, is very helpful if you’ve been wondering if you should try it for yourself:

I’ve been testing there for over a month now and am floored by the amount of work that has been done. Server stability is excellent. Bugs are being addressed on a daily basis and staff is talking to us about which ones have been fixed and which ones they are working on. Downtime is minimal. Reboots to add fixes in are about 3 times a week on average and the server is down no longer than 10 minutes. Plus, we get advance warning via discord before the reboot happens. Tells work, chat and email work (Big Thanks to Light for that) plus they are almost done with their own chat/email server, vendors and the bazaar work as they should, and areas/collections/quests are working such as Force Shui collection, Legacy, DWB, Space, and Heroics.

My game play is PvE, crafting, enting, and collections. In all those areas, I have found few bugs and the ones I did find, and reported, were almost all fixed within that day or the next. Obviously, not all bugs can be fixed as we all know no game can ever be bug free. The staff is great and lets us give our opinions on things as well as asking our opinions on different areas of the game. They respect the players which is a big plus for me. I know people want a live server and they are working towards that but they want to make sure things are working properly before having a live environment so that the player experience isn’t compromised. The players are the main focus there. They are doing it the right way….iron out the issues now so the players don’t have to deal with them later.

So now that you can see this player’s experience, if you head over to the Reddit conversation about it, you’ll see that there are numerous other players who feel the same way. All in all, this is good news for Winter and for SWG as a whole. If you were a fan of Star Wars: Galaxies and you’re worried that the emu isn’t going to give you the same feel as the real game, or if you have tried other servers and not liked them, perhaps you should give this one a chance before you write off SWG completely.