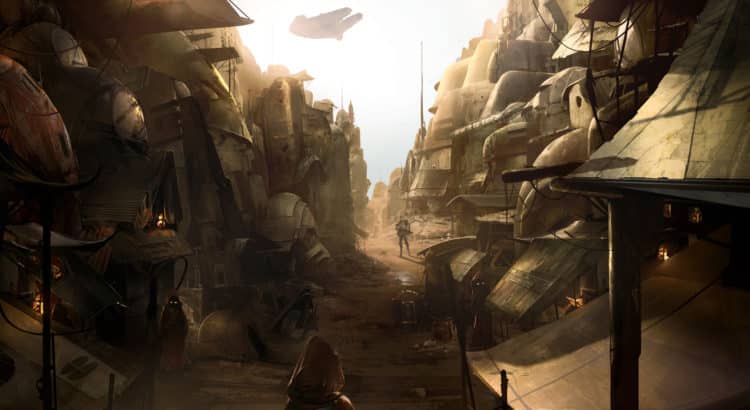 By now, you probably have already heard that the anticipated game was canceled. It seemed like a winner, a Star Wars take on Uncharted, published by Electronic Arts and developed by the longrunning studio Visceral Games. However, we know how it goes in the land of video games and it’s not unusual for one to get the chopping block, even when it seems it will be a hit. On October 17, 2017, employees of Visceral were told the company would be closing. This meant their ambitious Star Wars game would also get the axe.

The project was called Ragtag. It was meant to be EA’s entry into the action-adventure market—a linear Star Wars story set between the episode IV and V movies that would compete with the likes of Uncharted and Tomb Raider. It was lead up by Amy Hennig, iconic writer, and director who is known for her work on the Uncharted games.

The team at Visceral worked hard creating some great demos of Ragtag for EA, but it would seem it was not enough.  So, what happened?

EA’s statement about Ragtag had this to say:

“Our Visceral studio has been developing an action-adventure title set in the Star Wars universe,” said Electronic Arts’ Patrick Söderlund in a statement. “In its current form, it was shaping up to be a story-based, linear adventure game. Throughout the development process, we have been testing the game concept with players, listening to the feedback about what and how they want to play, and closely tracking fundamental shifts in the marketplace. It has become clear that to deliver an experience that players will want to come back to and enjoy for a long time to come, we needed to pivot the design. We will maintain the stunning visuals, authenticity in the Star Wars universe, and focus on bringing a Star Wars story to life. Importantly, we are shifting the game to be a broader experience that allows for more variety and player agency, leaning into the capabilities of our Frostbite engine and reimagining central elements of the game to give players a Star Wars adventure of greater depth and breadth to explore.”

In reality, there may have been more to it than that. In the game world, there had been rumors for some time that Visceral’s game was in danger. After the official news of the closing was dropped, a lot of people came forward with their own ideas and opinions about it, and why it happened. We may never truly know for sure.