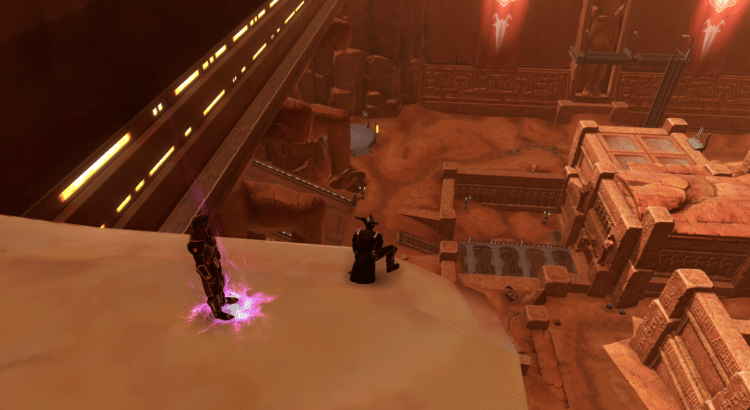 Eric Musco just informed the SWTOR community that, the BioWare team is planing to make some changes to conquest with Game Update 5.8. Below are the details:

In Game Update 5.8, we’re giving the Conquest system a pretty big overhaul. This thread is meant to talk through all of the changes that are coming and to answer any follow-up questions that you have! For starters, we wanted to resolve the reward delivery issues we have had in the past. While the team was in there, they decided to give the system a touch up.

The user interface (UI) is the first place you will notice changes, as the entire Conquest UI has been reworked. You will notice that the top bar has been updated to separate your Solo and Guild Conquests from each other. The solo tab will clearly list the current Conquest Objectives and your progress towards your personal goal. The Guild tab (called Guild Invasions) will show the planetary leaderboards and Guild rewards along with two new things. A section which shows a contribution leaderboard within your Guild and a button ‘Current Conquerors’ which is a list of what planets are being conquered by what Guild.

There are a number of changes coming to Conquest objectives:

On the Guild Conquest front, we have gone even further on changes. We have untied the Guild rewards from the Conquest leaderboards, with the exception of the Guild in first place as they will still receive the Conqueror title and planetary bonuses. A big change is that now every planet falls into one of three designated Invasion Targets. These targets differ by the minimum Conquest Points thresholds that we call “Planetary Yields.” These thresholds determine the minimum points a Guild has to earn to receive those Conquests rewards. The higher the yield the harder it is for the Guild to receive the reward, but also means a better reward.

We made this change to encourage more leaderboard competition among similarly sized Guilds, smaller Guilds going after smaller Yields, etc. Note that this is not a restriction, just a recommendation. If a larger Guild wants to go for lesser rewards in a smaller yield, they can, and the same is true of a smaller Guild trying to go for the highest yield.

This is an overview of the Conquest changes you can expect to see in Game Update 5.8! Let us know your thoughts and any questions you may have.

Anyone can get them now.

I am a little confused by exactly what this change will mean.

Will it basically be that each planet will be good for a certain size guild?

If that is the case, I am curious why it is completely optional.
Like I agree that a guild should be able to say “I’m tiny but strong” and compete against bigger guilds, but if bigger guilds can do less for the same reward it is just going to be abused.
I am curious how this will be addressed?

Let me try to let it out with an example and see if I can make more sense of it. Let’s say a Conquest has 3 planets that you can invade…

If you look at planet 1, since there is a lower point requirement to complete the Conquest, it is loosely targeted at smaller guilds. However, since it is easier to complete, it means less rewards. If a large Guild still wanted to go for it, they still can. It will obviously be easier for them with larger player contribution, but they would be sacrificing conquest rewards to do so (since planet 2 and 3 would reward more).