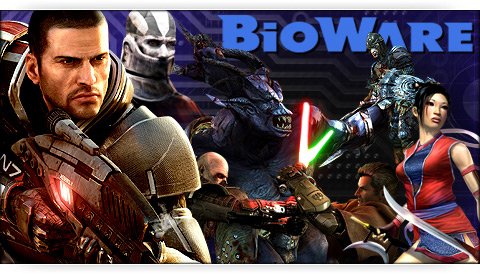 BioWare has a long history in gaming as we know it today. They carry claims to fame like Mass Effect and Knights of the Old Republic. They have been a staple in the gaming community for a very long time.

Some of your favorite titles have probably been from BioWare (I know mine have), but will this last? Can we count on BioWare to keep giving us blockbusters that change our lives and melt our hearts? Can we keep expecting fabulous, monumental, memorable games? Or are there days numbered?

However, in the past ten years, there have been some big changes for BioWare – the same as there has been in the gaming industry in general.

Now we have a new release – Anthem – and for many, it is definitely a disappointment.

Kat Bailey, from US Gamer has a few theories on why this happened, and how it’s been a slow and steady decline since the glory days.

” When EA purchased BioWare in October 2007, Mass Effect was only a month away from release. Its more RPG-focused systems aside, Mass Effect was notable for being BioWare’s first foray into the mainstream action space. It was praised for its storytelling, memorable cast, and setpieces, but criticized for its shooting, which still relied on stats-driven number crunching. BioWare drew two lessons from this experience. One, production values were paramount. Two, hardcore RPG elements were a poor fit for a triple-A blockbuster. These lessons would shape BioWare’s output for the next decade.”

She talks about the good ‘ol days, that we all remember, but then she launched into some explanation of what might be wrong with the declining studio, and it’s not all EA’s fault!

“In BioWare’s defense, making blockbuster games is insanely hard in this day and age. The last 15 years have seen budgets skyrocket as massive teams pin all of their hopes on just a few games per year. If a core idea like Mass Effect: Andromeda’s procedural generation doesn’t work immediately, an entire project can collapse under its own weight.

And yes, it’s true, BioWare certainly hasn’t been helped by EA, which has made plenty of missteps of its own. The need to shoehorn seemingly every game into the Frostbite engine has proven a bane for FIFA and BioWare alike, as have the demands to build extensive multiplayer modes. BioWare has reportedly tried to get permission to make a new Knights of the Old Republic, only to be stubbornly rejected.”

You should absolutely go over and read the full piece if you want to learn more. As for BioWare, give us your thoughts in the comments. Do you think they are on a slow decline? Have they hit their rock bottom already? Is the peak long gone?