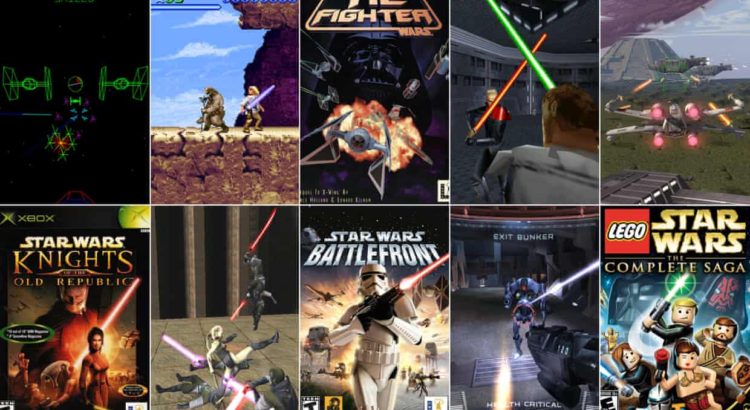 Star wars is a franchise based on science and fiction comprising of video games, movies, toys and animated shows. The plot of Star Wars employs motifs common to science fiction, politics, musicals and classical mythology. The motifs are in a fictional universe as created by its designer George Lucas. Star wars is one of the highest grossing series in the world. In fact, it is currently the second in sales behind Marvel cinematic universe.

There have been a number of star wars games over the years with almost one or two new releases in a year. However, some games are loved by some and hated by others. It’s all in a gamer’s taste. One thing for sure, there are timeless classics such as the knights of the old republic than will always be a favorite to most. Most gamers even claim that the video game is better than the film itself.

Star wars depicts a world full of filth and technology that has been run down. This goes contrary to most modern games which focus to highlight a sleek and futuristic world. The setting of star wars is murky faced with plenty of hardships. Star wars have a close similarity to the Japanese jidaigeki films with an infusion of roman methodology. The timeless classics are highlighted as below;

Often abbreviated as KotOR, this Star Wars game was designed by BioWare and is set in the Star Wars universe. A knight of the old republic is a role playing video game released for the Xbox in the year 2003. Knights of the Old Republic created a story that is better than no other. It has literally accomplished what other games have not. The character in this star wars is the Jedi and the game revolves around his stay in the universe. The gamer is given the opportunity to change the fate of the galaxy by either choosing to save the universe or rule it in monopoly.

This star wars game is a Lego-themed action adventure video game. It is based on the Lego Star Wars line of toys by the Lego group. Legos can be characterized as yellow dolls in short skits that are adaptable to any genre and character. They can be played as jungle explorers, stout robots, uniformed superheroes such as Superman and Batman, construction builders, traffic police, nurses, ninjas or ordinary people tasked with common duties with day to day problems.

This is the only game in the star wars series that lets a gamer play through the first six movies to their completion. Let not the appearance fool you into thinking this is just a simple child’s play game. Lego star wars is action packed and fun filled.

This is a first shooter video game set in the Star Wars universe. It was developed and published by LucasArts for the Xbox and Microsoft Windows in 2005. The game does not feature any Jedi and doesn’t follow the regular trend of action or adventure games as most star wars. The gamer plays as a tactful first person shooter leading a clone troupe at the start of the clone wars. There are plenty of star wars games released after 2005 but none is as fun and innovative as this one.