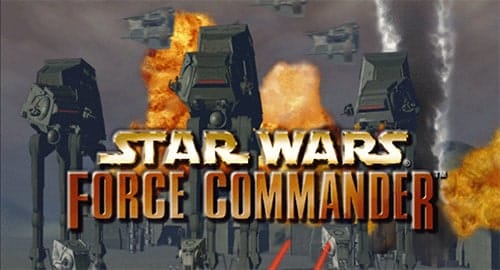 One of the unique features of Force Commander is its use of 3D terrain, which allows players to take advantage of different elevations and cover to their advantage in combat. The game also features a variety of units from the Star Wars universe, including stormtroopers, X-wings, AT-ATs, and more. In addition to its single-player campaign, the game also has a multiplayer mode that allows players to battle each other online.

The single-player campaign of Force Commander follows the story of a young Imperial officer named Brenn Tantor, who is tasked with leading the Empire’s forces in several key battles against the Rebel Alliance. As players progress through the campaign, they will encounter a variety of iconic characters from the Star Wars universe, including Darth Vader, Princess Leia, and Han Solo.

One of the key gameplay mechanics in Force Commander is the use of base building and resource management. Players must build and upgrade structures in order to train and maintain their units, and they must also gather resources such as credits and energy in order to fund their military operations. Players can also research new technologies and upgrades for their units, which can give them an advantage in battle.

In addition to its campaign and base-building elements, Force Commander also features intense real-time combat. Players can control their units directly and use a variety of tactics and strategies to defeat their opponents. The game also includes a variety of terrain types and weather conditions, which can affect the outcome of battles.

Despite its many strengths, Force Commander was not without its flaws. The game received criticism for its somewhat clunky controls and somewhat repetitive gameplay. However, these issues did not detract from the overall enjoyment of the game for many players.

Overall, Star Wars: Force Commander is a solid entry in the real-time strategy genre that offers a unique blend of base-building, resource management, and intense combat set within the Star Wars universe. Its 3D terrain and variety of units and structures make it a standout among other games in the genre, and its single-player campaign and multiplayer modes provide plenty of content for players to enjoy. While it may not be the most polished or innovative game in the genre, it is still a must-play for fans of Star Wars and real-time strategy games.