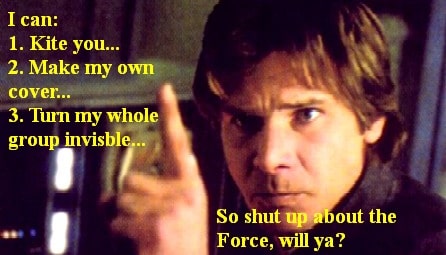 If you’ve played a stealth character in other MMOs, expect things to be a little different in Star Wars: The Old Republic. The main difference is in the way you engage your target and in the stealth detection. At first, it may seem a little awkward and harder but once you understand the concept, you’ll probably enjoy the gameplay even more, especially if you like a real challenge.

The way you engage your target is much different from what you’re probably used to. When you engage a single target and they die, you can restealth immediately as long as you have not attacked another target and no one else has attacked you. In this scenario, you’re considered “out of combat” when you send out the deadly blow. However, if you engage someone else or if anyone else engages you before the cool down period is up, you’re considered in combat and things change.

Before doing AOE damage, check your position. Look for a place where you can choose your victim, attack and then restealth before encountering anyone else and you’ll have a huge advantage over the enemy as you restealth right in the center of the action.

When engaging your target, your “Shoot First” ability is a big part of your strategy but you can’t use it until you reach level 36 and you must be in stealth and situated behind your target. Then, this ability allows you to slip out of stealth and use a scattergun to blast your target at point blank range.

Stealth detection is definitely more of a challenge in SWTOR than you may be used to or even expect. The increased +3 stealth detection talents make it possible for the enemy to see you as far as 10 to 15m when you’re in front of them. There’s a fifty/fifty chance that your enemy will be using talents and will see you coming. As a result, you have to be more careful than you do in other MMOs.

When you’re in stealth, you won’t be detected if you’re behind one of your teammates or in some cases, when you’re beside of them because it reduces the range of the stealth detection to about 5m.

You’ll need to use Sneak when passing the enemy so you can get into position to attack without being detected. Using it whenever you think other stealth players are close can give you and your team the upper hand it needs to win the battle. Anytime you go up against a team that’s equal in skill, you’ll need this type of advantage to win.

In any MMO, it helps to have a few good tips to use when in combat. It can help you stay alive while you’re improving your skills. Here are a few Scrapper Smuggler combat tips that can make a difference in the outcome of your game.

As your skills improve, you’ll learn new moves and strategies to use in combat but these can help you get off to a great start.

When you’re in a PVP setting, your skills are very important but they may not be enough to help your team win. If you want to have an advantage over your enemy, do some research and learn about the other classes. When you know who does what, you’ll have a pretty good idea of what strategies your opponents might use in battle. It gives you something to work with so you can plan out your strategies. In short, it helps you prepare for battle. Torhead is a great site where you can learn about the specs and abilities each class possess.