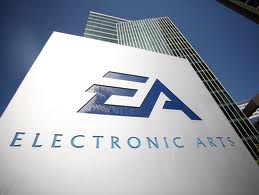 Electronic Arts had a  financial call yesterday.  Unfortunately there weren’t much news about how SWTOR are doing, other then  early indications for SWTOR F2P transition were  positive.

In other news coming out of the financial call, Electronic Arts said its loss for the third quarter narrowed from a year ago, mostly on lower expenses. Adjusted profit, which excludes special items, beat estimates by a penny, although revenues fell short of expectations. Moving ahead, the company detailed its outlook for the fourth quarter and revised its full year guidance.

Excluding items, earnings dropped to $0.57 per share from $0.99 per share last year. On average, 26 analysts polled by Thomson Reuters expected earnings of $0.56 per share for the quarter. Analysts’ estimates typically exclude special items.

Revenues for the third quarter dropped to $922 million from $1.06 billion last year. Revenues on a non-GAAP basis aggregated $1.18 billion, down from $1.65 billion a year ago. Analysts estimated revenues $1.29 billion for the quarter.

The video-game maker, like all its peers, is struggling to keep up with change in consumer taste, as users switch to low-ticket mobile and computer social games from the high-price console games.