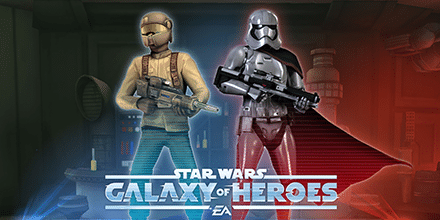 Here are the latest game updates for Star Wars Galaxy of Heroes. Enjoy!

NEW HOPE REWORK
In celebration of the of the highly anticipated Hero’s journey, the required characters have been reworked! For an in depth look at their kits and general strategy, please see the links we shared previous to this update below: 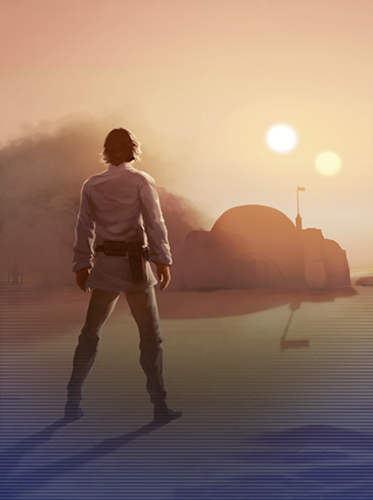 Retrace the steps of the legendary hero LUKE SKYWALKER from his humble beginnings on Tatooine through his daring escape from the Death Star. Fight alongside Farmboy Luke Skywalker, Stormtrooper Han, Princess Leia, Old Ben Kenobi, and R2-D2 to complete this six mission event and unlock Commander Luke Skywalker.

REFRESHING CHANGE TO OLD DIFFICULTIES
Hard Node attempts have been Increased! For a limited time, Hard Nodes have had their attempts increased from 3 to 5. This change applies to both Light Side & Dark Side Nodes.

CHARACTERS ADDED TO SHIPMENTS
Shipments have been updated to include the Shards of the following Characters (in quantities of 4 or 8):

The Journey Begins Pack (NEW)
Power up your A NEW HOPE characters with one or all of our new THE JOURNEY BEGINS Packs. Each individual pack awards one card of character shards worth between 10 to 330 Character Shards for A New Hope characters (Maximum 10 purchases per day.)
Possible characters:

The Journey Begins Bundles (NEW)
Power up your A NEW HOPE characters with THE JOURNEY BEGINS bundles, featuring reworked characters with all new abilities and synergies, and the credits, training droids, ability materials, and gear you will need to get them started!
Choose from the following Bundles:

TERRITORY BATTLES
With our newest game feature just around the corner, and @CG_TopHat offering a sneak peek of things to come, including Character kits exclusive to Territory Battles in his latest State of the Galaxy address, it’s clear we’re excited to share more about Territory Battles with all of you!

Soon, all our Holotable heroes will embark on an epic, multi-phase battle, pitching the entire collection of characters and ships of every Guild member against a progressively challenging, living battlefield! Work collaboratively with your Guild to bring over 7,500 units into battle. Participate in new gameplay like Platoon Missions, which unlock special abilities, such as the Ion Cannon, to turn the tide in your favor.