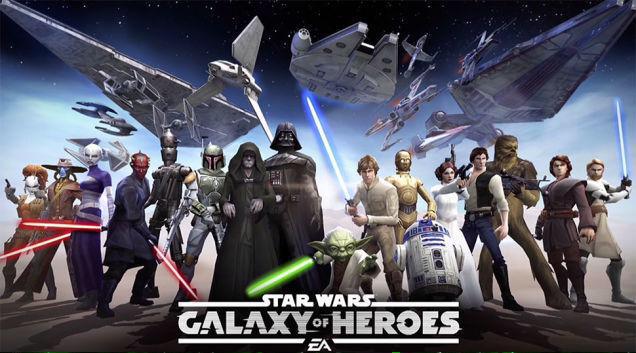 The latest cargo these smugglers are carrying is attracting some unwelcome attention. Join forces with Veteran Smuggler Han Solo and Chewbacca to confront criminals attacking the Eravana to steal the cargo in these two, four part event series.
Days Like These I
Traverse the Eravana and familiarize yourself with Veteran Han Solo’s abilities as you defend your Cargo from encroaching Cartel Smugglers and more.
Rewards:

Days Like These II
Traverse the Eravana and familiarize yourself with Veteran Smuggler Chewie’s abilities as you defend your Cargo from attacking Droids, Pirates Bruisers and more.
Rewards:

Old Debts Double Bundle
For a limited time, quickly power up the powerful duo of Veteran Smuggler Han Solo & Veteran Smuggler Chewbacca with new bundles and packs! This duo’s bundle now includes extra credits and Omega Materials, and their packs may grant up to 330 shards!

Assault Battle Military Might
We’re aware of an issue where in game messaging is indicating that Assault Battles: military Might is launching this weekend, when this isn’t the case. Please refer to the Event Calendar <<HERE>> for the correct dates.