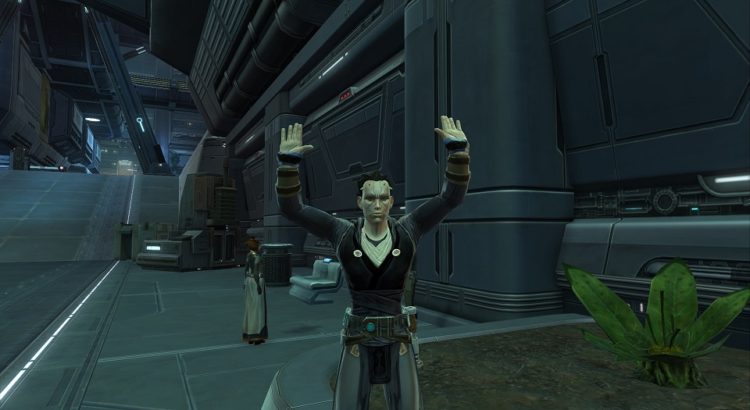 Starting with the end of Season 9, BioWare will have a zero-tolerance policy on win trading in SWTOR. No one knows why it took them 9 Seasons, but here is the news:

Congrats to everyone who participated in Ranked PVP Season 9! It was a hard fought Season and we look forward to seeing you around the fleet with your weapons, mounts, and flairs. One thing that unfortunately comes up during and after a Season is about players who cheat, and in particular, win trade. These are players who manipulate Ranked matchmaking to play with and against specific players in an effort coordinate winning and losing, allowing them to boost a specific characters ratings. This behavior is against our Terms of Service and is something that players have to endure and we have to combat every season. With Season 9 gone and 10 in process, we wanted to provide a status update on win trading in The Old Republic.

Starting with the end of Season 9, we now have a zero-tolerance policy on win trading.

This action has already happened with players who were caught win trading during S9. For these players, including their first offense:

In addition to the above bullets we are going to be making some systemic changes to assist in curbing this behavior. In a future game update any character that uses a character transfer will have its Ranked rating reset. We have also continued to make improvements behind the scenes in how we use analytics to track down and action win traders.

I do want to take this time to say thank you to the vast majority of you who continue to play legitimately. Also, to all of you who continue to report cheaters to myself, Keith, and customer support. Please keep letting us know as you spot bad behavior in PvP. Together we can keep Ranked PvP a place where players can compete in a fair environment.