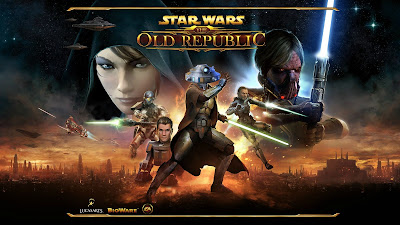 The new Flashpoint, “Koan Under Siege,” is designed for your standard four players at level 50. In addition to the new instance, four more bosses are being added to “Operation: Karagga’s Palace.”

Other cool new features in 1.1 is anti-aliasing added  to the game, an option previously unavailable, PVP has been adjusted, as well. Level 50 players now get their own, exclusive, warzone bracket. Fear not, however, level 49 players will still be available to murder you horribly. “”High priority” bug fixes are also being looked at, spanning various skills, companions, and that incredibly annoying healing aura. Check the official site for the complete list.

The Battle of Ilum