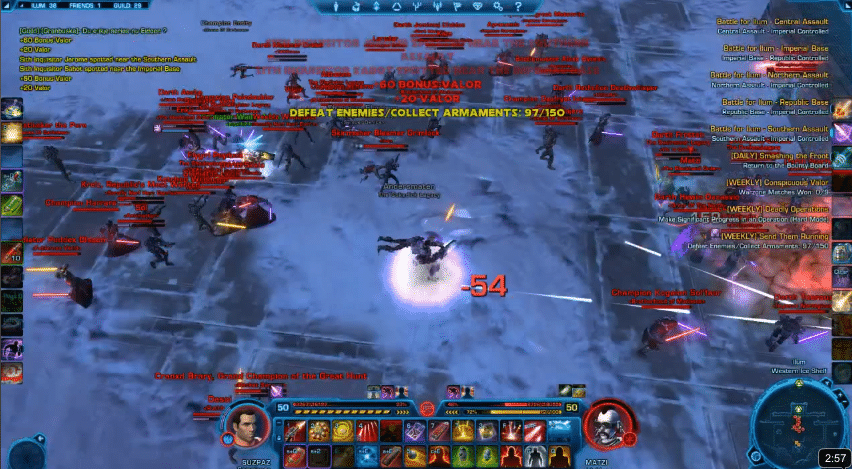 Eric Musco too on the forum today, enlightening the community what BioWare have in mind to to counter Win Trading in PvP Season 4 and Beyond:

Hey folks,
Season 4 for PvP is about to start and we wanted everyone to understand the Rules of Engagement and how we plan to keep it fair and fun for everyone who participates in Ranked Warzones:
In The Past

Hopefully these changes will provide a bit more visibility into the actions we take against those players who are playing Ranked PvP unfairly. Win-trading takes away from the spirit of the game and is completely unacceptable. We know that win-trading in Ranked PvP is something all of you take very seriously, and so do we, so we’re making adjustments in how we handle and communicate around it going forward.
-eric

What happens if there are teams that just face each other a lot and are evenly matched. Will you take action against their accounts? I don’t see how you can be 100% certain in even some cases if any. What exactly constitutes being a win trader by your definition. Do you take into account queue syncers and assume they are win traders when they just want to play with their friends instead of the loser with 1000 expertise trolling people.

You raise some very, very valid questions Skarlson. Although I can’t give you a detailed answer I will do my best. We have a lot of different data and a lot of different criteria we can look at to determine if someone is win-trading.

As you can imagine, some behaviors could look suspicious, but could happen in completely normal play. Ex: Someone went 15-0 in the last week of play to get into the top tier reward. Nothing to say with that information alone that the player was win-trading. They could just be an amazing player who jumped in at the last minute with min/maxxed PvP gear and got lucky in their match-ups. Or, they could be a win-trader. However, this one data point alone does not make a win-trader.

With any suspicious activity we will compare multiple sets of data that when combined can make a pretty complete picture on someone’s intent. We also believe that us checking week over week on this will help us in more clearly finding this with ill-intent.
-eric