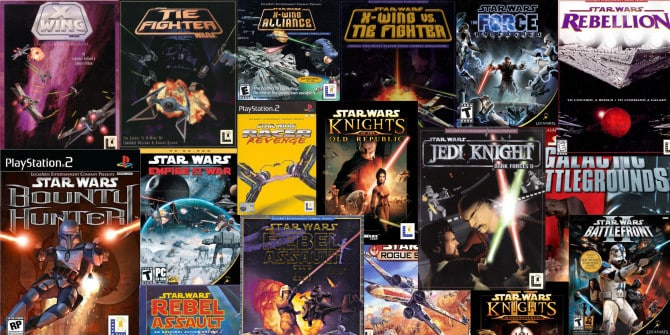 BioWare’s MMORPG Star Wars: The Old Republic was first released in 2011, and it quickly became the fastest growing MMO to be released. Since then, the game has been updated many times, going from a paid subscription to free to play, and updates have added new content such as player-versus-player combat, new classes, and new planets.

These updates have helped SWTOR to stay fun for the thousands of players who still play it often. However, eight years isn’t a short amount of time, and those who have been playing all this time may be looking for a new sci-fi, RPG, or Star Wars game to entertain them.

As well as SWTOR, publisher EA has many other officially licensed Star Wars games for you to play. EA has also published two Star Wars Battlefront games, allowing players to fight against or with the rebels and play as fan-favourite characters such as Darth Maul and Luke Skywalker in multiplayer battles. The company will also publish Star Wars Jedi: Fallen Order this year.

EA has many more plans for the Star Wars license, and it has hundreds of developers working on games for the franchise. To find out more about EA’s big game announcements, visit gaming news sites like IGN.com and look at EA’s social media accounts.

Sci-fi games can be found everywhere

Star Wars: The Old Republic is just one game that has a sci-fi fantasy setting, with titles across many platforms and sectors being available for those looking to get their sci-fi fix. We’ve even seen online casinos release sci-fi-related titles as they take players to a virtual version of the stars, or let them spin slots with aliens or supernatural creatures on the reels. There are many more to choose from, with some allowing you to do real money gaming.

Finding these games and casinos that offer real money gambling isn’t too difficult. Some sites, for example bonus.ca, review these casinos, what sort of free spins and deposit offers they have, and tell you what games they’ve got too. As a Star Wars fan, look for casinos that have games such as Starburst, which has a space theme.

The first Star Wars film was released in 1977, which was a time when arcades were still hugely popular. Two of the biggest pastimes in the 70s were going to the cinema and going to arcades, so the two did come together, with official Star Wars arcade machines being made.

These Star Wars arcade games can be difficult to find now as many owners will have sold them and many arcades have shut down, as so many people stopped going once it became much easier to get a console and play at home. However, there are still some arcades open around the world. An article by Mashable.com confirms that there are retro arcades that you can visit in New Hampshire, New York, and Colorado, so you may not be as far from a Star Wars arcade system as you’d think.

However, if the US is too far a trek, luckily there are a range of classic Star Wars titles from decades gone by that are still available on PC gaming platforms such as Steam.

The sci-fi genre is one of the biggest in gaming. So, if you want to find a new game that you’ll enjoy as much as SWTOR, you won’t have to look far.