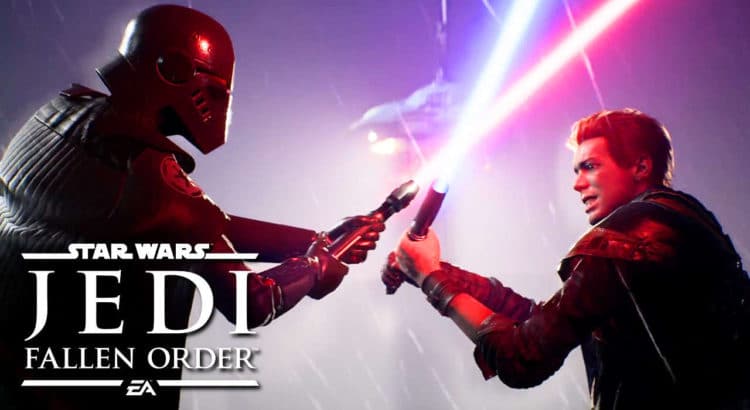 The gaming industry for the past decade has been primarily centered around multiplayer-focused titles. As with most industries – times change. For years now, gamers have been making calls for developers to create more single-player, story-driven experiences rather than churning out online multiplayer titles year after year. Those calls have mostly fallen upon deaf ears, however. Why? Well, mostly because multiplayer games rake in huge money and keep player bases active for longer.

Nevertheless, some developers are finally starting to see that narrative-heavy, non-multiplayer pieces have a good market as well. Respawn Interactive is delivering one in particular soon that has gamers hyped-up big time – Star Wars Jedi: Fallen Order.

Fallen Order is set a few years beyond Revenge of the Sith. The protagonist, Cal Kestis, is a previous Padawan currently on the run from the Empire after Order 66 was enacted. With the powers-that-be of the Dark Side seeking out and killing all surviving members of the Jedi Order, Cal has to navigate the galaxy as carefully as possible to not draw attention to the fact that he is a Force user.

Unfortunately, an incident occurs that makes Kestis have to utilize the Force in plain sight. The act is witnessed by a passing Empire droid and reported. The ensuing consequences include Cal being discovered and a powerful Inquisitor dispatched to ensure his demise.

Throughout the game Kestis is forced to fight his way through Empire-backed baddies to keep himself alive. The Padawan is equipped with the Force and a lightsaber, of course, but is also joined by a little droid called BD-1. The droid acts as a dear friend to Cal and helps him traverse the galaxy by aiding him in health, navigation, and encouragement.

The exact length of the Star Wars Jedi: Fallen Order campaign isn’t known at this time, but it has been noted by a few major publications that got their hands on the demo that the demo itself, while only about 30 minutes long, didn’t seem to progress into the story much at all.

The game isn’t open world, either. While you can do a bit of exploration, your destined paths are marked and set in stone. There are troopers and other enemies to battle your way through, puzzles that will need to be completed to progress. Some of the better aspects of Fallen Order include the diverse skill trees, ability to customize your lightsaber with various accessories, and so on.

While Star Wars Jedi: Fallen Order doesn’t necessarily do anything unique in terms of game design it does a brilliant job of providing in-depth storytelling and an experience that most Star Wars fans will love.

Fallen Order will be released on Friday, November 15th, 2019. The game will be available on Xbox One, PS4, and PC. It was developed by Respawn Entertainment utilizing Unreal Engine and is being published by Electronic Arts.