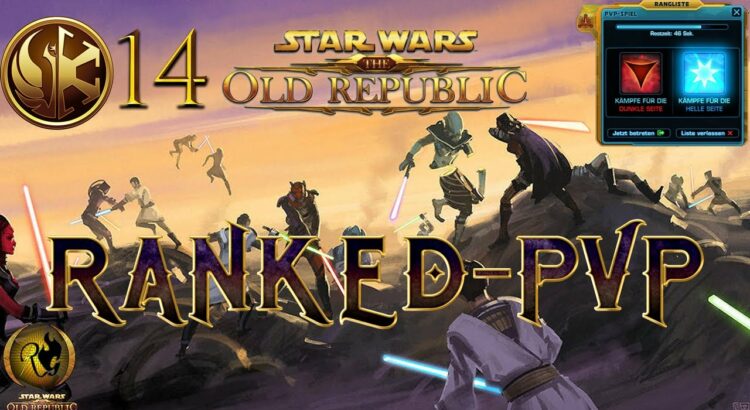 The end of Ranked PvP Season 14 is scheduled for December 14th, the launch of Game Update 7.0, Legacy of the Sith! That meens you only have a few weeks left to play matches and climb the highest tier of Ranked PvP. As this season wraps up, let’s look at the ratings breakdown and what rewards players can expect to earn.

All previous tier rewards (not including token grants)

While competing during the Ranked Season, players earned tokens that can be traded for rewards. Tokens are not season specific, so if there’s an expensive reward you really have your eye on, you can save up across multiple seasons.

This Season’s reward includes the Unrivaled Guardsman Weapon Set. This new Weapon Set from Season 14 will be offered at a discounted price of 50,000 Tokens until the end of the next Ranked Season.

Similar to last season, the Replica rewards from past Ranked Seasons will be available to purchase from the PvP vendor. These items look and function the same as the originals, but are branded “Replica” to maintain the prestige of the original Season rewards. Don’t wait too long as these rewards will no longer be available for purchase when the next PvP Season starts.

For those who are already looking ahead to the next season, we have big changes for PvP coming next year in Game Update 7.2. Stay tuned for more details!

That’s it for the Ranked Season 14 recap! We’ve broken down ratings and revealed the upcoming rewards. There’s a few weeks left of the current season, so get in those final games while you can!