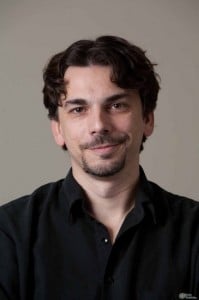 Emmanuel Lusinchi the Technical Design Director of Star Wars: The Old Republic also had a lot to say at PAX East 2012 and Force Junkies have published their interview for all of us to see. Here’s a snippet of their chat with Lusinchi:

Do you coordinate your gear based on armor type?

It’s based on color sets that we created intitially. Every piece of gear belongs to a set. And what happens, when you coordinate [your gear color] we’re actually going to read the color from that set and apply it to that gear.

Yes, exactly. The fact that you can disable it per slot is important because if something doesn’t work you might want the original color.

So it doesn’t promote, cross faction, but it happens. Being seperate you won’t be able to communicate anymore, so it looks like they are unsubscribed or not logging in anymore. So it’s very detrimental to the game. This was one of the major pieces of feedback from the guild summit. Literally, we looked at each other and said, “Yeah, that’s really true!” If you watch the movie of the guild summit, there are four of looking at each other doing this.

So, we are going to fix this because it’s a very serious problem. It’s worth it to have the whole experience of playing both factions, guilds are the most important social element in the game. We are going to leverage the role of guild and guild enemies eventually, but not in 1.2 features. But cross-faction guilds might work if you set yourself up for it. We know there are a lot of mirror guilds, so we are going to support that.

Can you give us a hint of what we might see next?

There were a lot of good and interesting things covered in this chat and coming out of PAX East 2012 and SWTOR. They also talked about Operations, 8 and 16 man content, class balances in Operations, PvE and PvP, the Valor system and so much more.

What do you think of the future content and other news coming out of PAX?