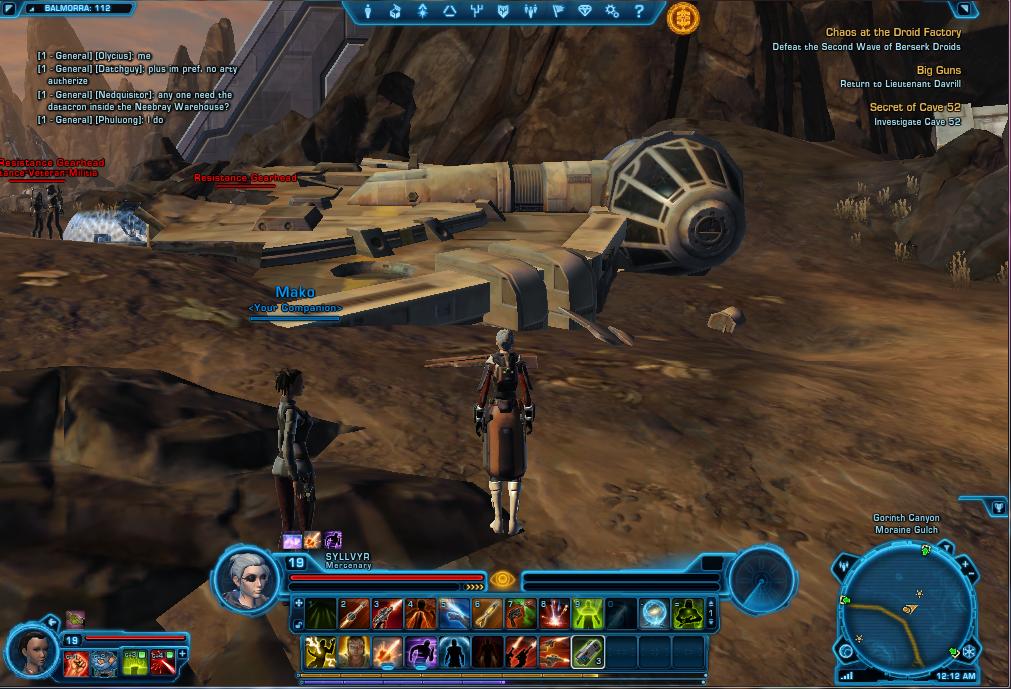 Have you been playing SWTOR since the beginning? Those of us early adopters, beta testers and long time fans have seen a lot of changes over the years and months. While there were some bumps along the way, they’ve really shaped up with a lot of new content and features. Massively took a review-style look at where SWTOR is today.

Well, we are about six months into the second year of Star Wars: The Old Republic. The first year was fraught with high expectations and slow delivery. Many failed attempts at greatness made the first year of SWTOR a bit of a downer. However, in this second year, in light of the ever-changing market of MMORPGs, the Star Wars MMO took steps to put itself on a better path. Using the Bartle Test as my litmus test, I will break down and grade this year’s performance so far.

He then goes on to explain that achievers win the top of the list the first part of the year and goes on to explain more about the Gree event, PvP and PvE content, roleplaying and more. It’s basically a full review of the game where it is now. You might find it interesting, especially if you played and quit or are thinking of playing for the first time.

Unfortunately, SWTOR lacks many other tidbits that would make communication and person-to-person interaction more enjoyable. Of course, the added emotes are very nice and fun, but placing them behind a paywall adds to frustrations. Additionally, those emotes are not really interactive but more look-what-I-can-do. Socializers also like to sit at tables or relax and talk. Unfortunately, BioWare has taken no strides to make that aspect of the game more enjoyable. In fact, if you count the relaxation unit from the latest Cartel Pack, then the developers have slapped RPers in the face. It proved that BioWare could give socializers tools to make the game more fun but refuse to do so.

I have to agree with this overall assessment and it’s a real downer for roleplayers and others who take communication in the game seriously.

Read the full piece to see what else he has to say and let us know if you agree. How would you grade SWTOR right now on a mid-term report card?