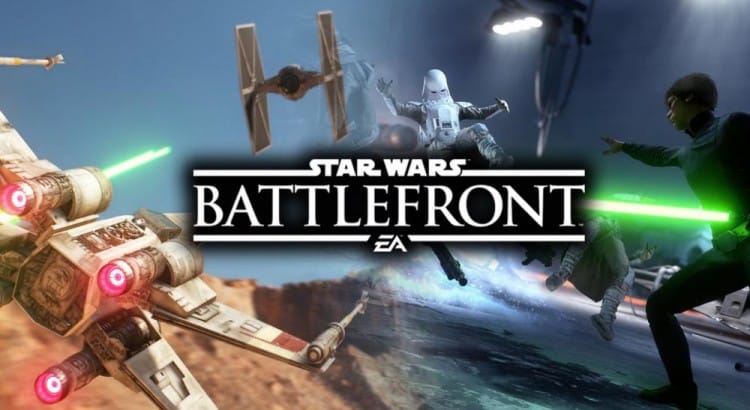 Not everyone is smitten with Star Wars: Battlefront. This is not news to us and not news to you. We’ve even written about it here on the site before. But have you spent any time to delve into why some people don’t like the game? Let’s go beyond the “haters” who just want to complain about things, or who oppose anything EA/DICE and look to some real critique of Battlefront.

There have been about 100 Star Wars video games released since the first film premiered in 1977. Of those, only a handful can really be considered good. But the thing about most Star Wars and gamer fans is that we love them both so much, we’ll be willing to try anything, at least once. We’ve bought and played some pretty terrible Star Wars games over the years, all in our quest to find the right games we want to play. When we score a winner, we hang onto it for dear life and never let it die (Here’s looking at you SWG). So what is it about Star Wars: Battlefront that is ruffling feathers? Will the majority put it on the “hot” list or the “not” list?

In a review by The National takes a look into why the game is lacking and it’s well worth the read.

“After Electronic Arts made a deal with Disney to produce grown-up Star Wars games, it was seen by some as, if you will, a new hope.

Alas, Star Wars Battlefront will disappoint all but the most diehard – or easily pleased – Jedi wannabes with its uninspired recycling of scenarios we’ve already played and replayed too many times to count.

Want to fly an X-Wing through the canyons of Tatooine? Race a speeder bike through the forests of Endor? How about a chance to relive that famous battle on the ice planet, Hoth – you know, the one with those giant four-legged AT-AT vehicles?

Chances are, you’ve already done all of those in previous games. On the plus side, the planets look gorgeous – not surprisingly, given the latest-gen hardware, this is the prettiest Star Wars game to date – but there’s an inescapable been-there-done-that feeling.”

It’s not all bad:

“The battlefields do have an impressive scope, and there are moments of shock and awe as rebel X-Wings and Empire TIE Fighters criss-cross the skies, while Darth Vader and his stormtroopers plough through hapless rebels.”

But the real wrap up here is:

“But your goals are essentially the same as they are in so many other online shooters – collect kills, capture and defend map points – and so all that beauty ultimately seems shallow.

The foundations of a solid online combat franchise are present and correct – but Star Wars: Battlefront fails to deliver the depth of more established shooters such as Call of Duty.

DICE, the Swedish studio behind Battlefront, is best known for its Battlefieldseries of Earthbound war games.

And while that experience would seem to make it the ideal fit for this franchise – it is Star Wars, after all, not Star Diplomacy – its first trip to a galaxy far, far away feels half-finished.”

Take some time to read the full review but we want to know what you think. Do you agree?