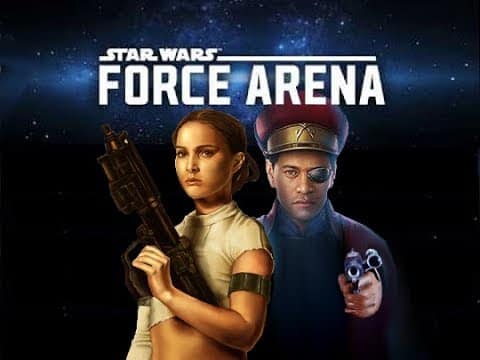 Another update is upon us, featuring adjustments made on the arena to improve the overall experience of the game. For details, please see below:

Dryden Vos
Dryden Vos is a very aggressive Leader, but due to the short duration of his “Rage” skill and the difficulty of utilizing it, many Squad Leaders did not give much thought into using him when he first debuted in the game. A decision was made to increase his skill’s duration, so get ready to use Dryden Vos in the battlefield!

Bossk
Bossk’s special ability is to gain energy when defeating an enemy leader, which can become a powerful weapon on 2v2 battle, where the skill could be used continuously. Thus, a patch was made to increase the cooldown time for the skill. However, this change made Bossk utterly unusable in 1v1 battle.

It has been decided to reduce the cooldown of Bossk’s special ability for the convenience of Squad Leaders who are using him as a Leader.

Droideka
With the help of its powerful shield, Driodeka specializes in defending against blaster attacks and efficiently dispatching enemies. However, it has been determined that due to its high combat efficiency, Droideka was being used against all enemies, strategy notwithstanding.

To combat this, this patch will make Droideka become a little more vulnerable to physical attacks due to its health being reduced. However, rest assured that this dangerous droid is still a powerful and destructive weapon that is capable of preventing turret and blaster attacks.

Nien Nunb
We noticed that Nien Nunb, the Unique card of Lando Calrissian, was not as effective in combat as other Unique cards that were recently added in the game. So in this update, the decision was made to improve Nien Nunb’s ability to jump back when enemies are approaching, while adding a new layer of effectiveness on its AI. Also, his DPS will increase due to an improvement made on his Attack Speed.

Talz Marauders/Talz Marauder Army
The Talz is one of the units that specializes in melee combat. However, due to its slow speed, this unit was easily eliminated even before approaching its target.

The decision was then made to enhance its moving speed. As a result, both Talz Marauders and Talz Marauder Army will enjoy this new boost, and it’ll enable them to enter the combat zone more quickly.

– Dyden Vos: Added the details that double tapping can inflict damage to an enemy.

– Mortar Turret: Added the details that it will attack the enemy structure first.

– The effects of multiple cards were partially modified to the extent that they were different from actual units.