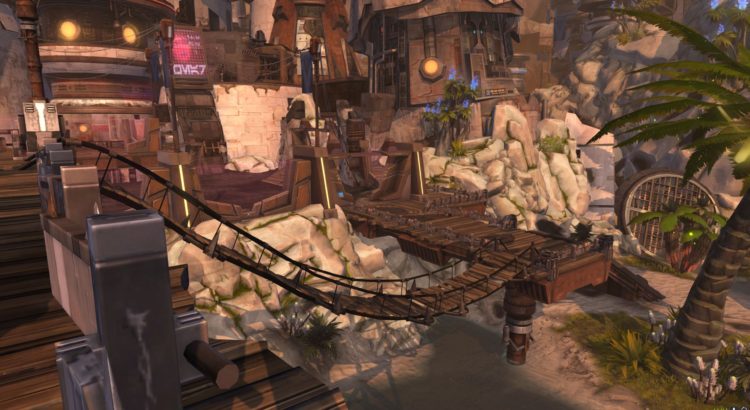 BioWare just announced, that the upcoming expansion 5.9.2 to Star Wars: The old republic, named “Galactic Legends”. will be pushed back 7 days.

Thanks to all of the amazing and constructive feedback you’ve shared with us as part of this PTS cycle, the SWTOR dev team has determined some needed improvements to key functionality as well as areas where we want to put a little more time and polish into the Rishi Hideout Stronghold to ensure the update is as awesome as possible. To that end, we are pushing the release date for 5.9.2 – Galactic Legend back one week to August 7, 2018. We will also be releasing one last update to PTS to help test out these high-priority items along with various other bugfixes that have been made; we’re aiming to make that available before this weekend, possibly as soon as tomorrow.

Let’s walk through those high-priority pieces of feedback and the changes and polish that are resulting from them:

This is only a short list, of course; if there’s another feature improvement or bug that you don’t see mentioned above, be sure to check out Musco’s upcoming post this week that will include more specific details about what will and won’t be making it into the update.

One of our major goals with this release was to revitalize our PTS process so that we could better include the community in finalizing 5.9.2 at the high level of quality you expect from Star Wars: The Old Republic. We’re very pleased with the participation and highly constructive feedback we’ve received as a result of this process, and we’re really looking forward to repeating the experience for more of our upcoming releases later this year.

Thank you all so much for your participating, sharing your thoughts, and supporting a great release for SWTOR!