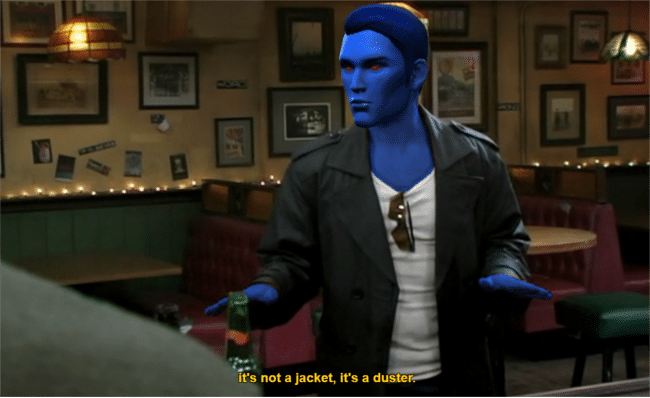 Here are the latest patch notes for the SWTOR Public test server. These patch notes mainly focus on operations:

Build system gremlins do indeed seem to be firmly under control, therefore we’ll be able to get back to a much regular update cadence. Still, due to the lost time we’re going to be accelerating the pacing of stuff a bit (at least on the operations side of things) just to make extra sure we can get eyes on stuff with enough time to iterate/implement feedback.

Apologies for the inversion nonsense, that should be fixed now. Ditto for the questionably functional skip button, which should also be fixed now.

Inversion’s pull is getting a threat multiplier to offset the DPS loss to make tanking a little more stable. You may still experience some token panic for the first GCD after a pull (when multiple people are pulled), but it should iron out fairly quickly, especially if the other pull-ees don’t do anything that Tyth finds irritating.

We’ve been toying around with a variety of other threat adjustments to try and ease this encounter’s complexity for tanks (it’s kinda nuts). There have been some ideas, and a couple of suggestions from all of you, but nothing that seems to be free of annoying side effects (as in, one change may make strategy X easier/more viable, but prevents players from employing strategy Y). We may yet wind up with an adjustment in this department before all is said and done, but for now we’re cruising with the status quo.

Master mode players will find one new mechanic related to Justice drones, wherein they’ll provide an AoE damage buff to nearby players the first (and only the first) time their shield is sheared off by a Lance. This is intended to counterbalance the fact that dealing with a Justice drone requires more effort, which makes encounter pulls that roll more Justice drones relatively harder.

Thanks to the player who suggested this mechanic (you know who you are). Let us see how it plays.

Oh, and lastly, the savvy among you may immediately reason that having Justice drones put out a damage buff will naturally increase the raid’s total DPS output over the course of the encounter. You’re right! To offset that, the Enrage is walking back by 10s to 7:05. No free lunches here! Just less… uh.. less lumpy lunches? I guess?

In all honesty, I’m not entirely convinced that the enrage walk back needs to happen (the encounter is already a pretty substantial thing)… So we may just wind up going back to 7:15… In which case I guess the lunch would wind up being free… so… hmm…

The Sisters got their first major block of PTS testing over the weekend, and the encounter has shown itself to be appropriately spicy.

You all uncovered a couple of logic issues with the encounter (if there’s one thing you can count on with players, it’s that they’ll find ways to horribly break everything that is breakable ). Unfortunately, there wasn’t time before the refresh to work quite all of them out, so be careful about hard burning the Nexus in the initial phase (unless you just really, really like the Nexus’s Disco Lightshow Mode).

Super Energy Burst seems to be succeeding at causing the mayhem we all hoped for, but it’s clear that there’s room for some quality of life improvements surrounding the sequence. First, we’ve made Aivela and Esne leap immune during the sequence (so that players can’t accidentally gap close themselves out of existence), and secondly we’ve changed the SEB sequence to put Remote Access and Spike on a hard cooldown of 18s, so that players shouldn’t need to taunt A&E on the platforms to avoid a spike when they return.

In terms of pacing, it’s pretty clear that the enrage is far too tight right now. We’re going to be pushing the enrage back by a full minute [8:00 -> 9:00]. It’s unclear that this is the correct solution, as 9:00 is a bit long. We may instead wind up shortening bits of the encounter here and there to bring it back to 8:00, but that’s a much more involved process. For now, we’ll see how things go with the 9:00 limit.

Nothing to see here… Move along…