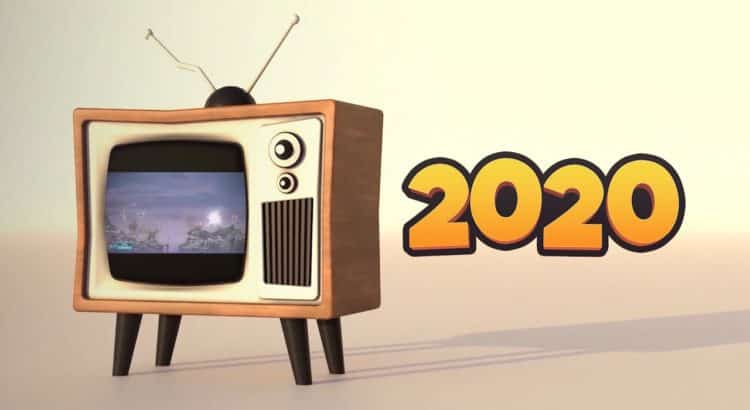 We’ve got some exciting news for fans of retro games, and anyone who has fond memories of blowing their friends into smithereens on the Sega Genesis, Amiga, PlayStation 1 or PC during the 1990s. As of this week, we have official confirmation that Team 17 are releasing a new ‘Worms’ game in 2020. It might not be the biggest game news of the year, but it will delight those of us who’ve always had a special place in our hearts for this most simple and yet most entertaining of combat games.

If you’re one of our younger readers, explaining the appeal of ‘Worms’ is a difficult thing to do. We’ll try to give you a sense of the scale of its success. The first ‘Worms’ game was released back in 1995 when the first PlayStation was brand new, and most people did their gaming on the Super Nintendo or Sega Genesis. It was a turn-based, two-dimensional team combat game. You controlled a squad of four worms, and your friend or an AI opponent controlled an opposing team. Your only objective was to obliterate the other team using any means necessary, including grenades, airstrikes, bazookas, and hand-to-hand (or worm-to-work, at least) combat. There was little more to it than that, but it sparked a whole franchise.

Today, in the here and now, there have been twenty-three official ‘Worms’ games. The series became three-dimensional, and then adopted a cartoon style which made the worms appear all the more cute and cheerful – which made it all the more upsetting when they met with their fate! Such was the success of the series that a casino version of ‘Worms: Reloaded’ turned up this website in mid-2016 to capitalize on the popularity of the series. ‘Worms’ is far from the only 1990s game to make it into the land of online slots – both ‘Tomb Raider’ and ‘Street Fighter’ have crossed over too – but it’s a telling sign of the franchise’s lasting appeal that online slots companies believed that they could make money by using the intellectual property. The ‘too long, didn’t read’ version of all this is that to the over-30s, ‘Worms’ is a big deal.

The last time we heard anything from ‘Worms’ was in 2016, when Team 17 released ‘Worms W.MD’ for the PlayStation 4, Xbox One, Nintendo Switch, and PC. It took the bold step of returning the series to its two-dimensional origins, but boosted the realism (if you can call anything about a game involving fighting worms realistic) of the weaponry and added layers to the tactical and strategical elements. It wasn’t the most popular game in the series, but the majority of reviewers gave it their cautious approval. After that, everything went silent. After releasing a new game almost every year for more than twenty years, it seemed like the long-running ‘Worms’ saga had finally come to an end. As of March 2020, we now know that isn’t the case.

Now that we know the series is coming back, what can we tell you to expect from the 2020 version? Frustratingly, the answer for right now is ‘not a lot.’ Outside of a vague promise of new features and ‘big changes,’ British developer Team 17 is keeping their cards close to their chests. Given the amount of time that now goes into creating a brand new video game from scratch, it’s probably fair to assume that they’ve already been working on the new game for some time if they’re planning to release it this year, but thus far they’ve been able to do so without news of the game’s development leaking out. Now everything is out in the open, and fans of the series are already getting excited about the possibilities on the forums of the internet.

So far, all we’ve seen is a fifty-second-long trailer that Team 17 stealthily released on social media earlier this week. In it, we see brief clips of every single ‘Worms’ game of the past being played on a television screen. When the clip show is over, a more modern (and decidedly three-dimensional) worm appears to destroy the television with a baseball bat before itself being blown up by a golden bomb of some kid. The clip concludes with the message ‘Worms 2020,’ which could be the name of the new game, or may just be confirmation that we should expect to be able to get our hands on it before the current calendar year is over. It signs off by saying ‘New Worms, New Ways To Play.’ What ‘new worms’ could mean is beyond us (aren’t all worms essentially the same?), but we’re very interested in the ‘new ways to play’ idea. We don’t think anybody wants Team 17 to stray too far from the classic format, but there’s always room for innovation so long as the innovation is driven by good ideas.

In the past, we’ve seen features added and removed from ‘Worms’ games based on player feedback. There were different combat classes of worms at one point, but they were removed because players felt that they complicated the game unnecessarily. Realistic water physics were introduced at one point too, but players didn’t seem to like having realistic water in an otherwise utterly unrealistic game. Vehicles have come and gone again. Having blown-out buildings for worms to take shelter in as a new feature in the 2016 game didn’t meet with everybody’s approval either, so it’ll be interesting to see whether that idea comes back for another round.

Given that Team 17 only have nine months in which to finish, promote, and release the game, we’d expect to see more news on ‘Worms 2020’ in the very near future. Until then, we’re going to get the 2016 game out, refresh our memories, and relive the joy of trying to send your enemies to meet their maker by way of detonating a running sheep. When we’re done with that, we might even dig the 1995 original out for a quick play just for old time’s sake! Stay tuned for more news as we get it.