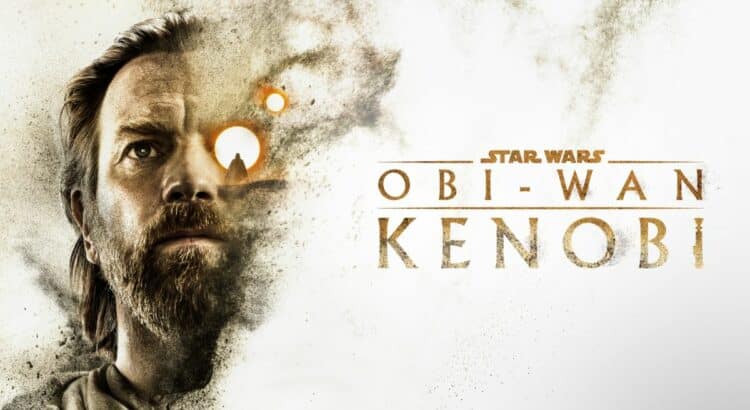 The arc in the Kenobi series so far has clearly been leading up to a traditional weak to strong power building type of story, or in other words, how Kenobi gets his mojo back after ten years of little to no practice with the force, or his lightsaber, and far too much PTSD.

There have been some arguments so far that state that the show has portrayed a far weakened version of Kenobi, thus diminishing his character and heroisim. Sure, this Kenobi is not in his prime, as he was in the clone wars, but again, this is Kenobi at not just a different point in his life and character arc, but arguably the lowest point in his life. He’s survived order 66, yes, but he has lost everything. Aside from being torn away from his family at a young age to become a child solider in what is essentially a cult, the Jedi, and having very few emotional attachments (which again, is something not just discouraged but explicitly forbidden by the Jedi, but the flaws of the Jedi order and the inevitable fall of the republic is a separate essay), he’s lost his mentor and father figure, Qui-Gon, his brother Anakin, his love, Satine, and his way of life post the fall of the Jedi.

This is a man who has lost everything, and is very, very broken.

Like Kenobi tells his fellow Jedi in part 1, “The fight is done. We lost.” And he is not wrong. The Jedi order, along with most of the Jedi are gone, the Empire won the civil war against the Republic, and it would not only be impractical, but rather self destructive to do anything other than try to survive for Kenobi at this point in time. We see Obi-Wan try to call upon Qui-Gon’s force ghost, essentially reaching out the last thing he has to hold on to, because he has no where else to go to for guidance. Don’t forget that he is also trying to stay alive long enough so that he can train Anakin, who he believes, as per Qui-Gon’s prophecy, may be able to bring balance to the force.

And he does just that. He survives.

Watch the way he fights, or rather defends. Kenobi’s preferred lightsaber technique, form lll, also known as “Soresu” or “Resillience Form” was developed for defense, particularly against a barage of blaster weapons’ fire. In fact, during the Clone Wars this is one of the main reasons that Kenobi survives a lot of the battles, wit and skill aside – he is a defensive fighter, watching for openings and weakenesses and only striking when he knows that he can afford to. Because Form lll is not about winning against an opponent, unlike Form V, Darth Vader’s preferred form which mostly consists of quick and aggression. It is not quite a duelling form, like form ll, but is certainlly is meant to win.

But notice that Obi-Wan Kenobi is consistently not trying to win. He doesn’t have to. He just has to not die. He relies on stealth, and hiding, rather than engaging in a fight. He may know that he is out of practice with the force, and as he has gotten older and his spirit has been broken by his tragic past, he tries to avoid combat as much as possible. We do see him struggle to utilize the force, but again, this is because he simply has been unable to due to being hunted, as it would give him away, and he needs to protect Luke (and Leia). His counterattacks in part 4 against the blaster bolts were slower, yes, but still highly skilled – he is a master of form lll, after all. And he is able to use the force to stop an ocean for long enough to escape and whisk away the attacking stormtroopers.

The most damning piece of evidence brought against Obi-Wan is that he ran away from Darth Vader in part 3, before being brutally beaten up by the Sith Lord. Some have accused Kenobi of being a coward. But realistically, if someone runs at you with a sword, a short range weapon, the best way to fight back is to run, to maintain distance, that way the dangers are significantly decreased. In addition, by isolating Vader from his soldiers, Kenobi also decreases the directions in which his opponent can attack him from, although granted Vader did want to personally fight his old master. Now, Kenobi does look visibly panicked. But to be fair, Vader did just murder random civilians – including children – probably as a way of baiting him out, or just out of plain cruelty (or both). But I don’t think that’s completely why Kenobi is upset, although it is part of it. After just finding out that Anakin lived, and knowing the state that his former apprentice was in when he left, and witnessing first hand Darth Vader’s brutality, it is a short leap to make to conclude that Kenobi would be understandably racked with guilt about both what he let Anakin become, and mortified at the man he saw then. On top of that, meeting Anakin/ Vader again would likely trudge up a plethora of deaths from Order 66, which is just another cherry on top of the trauma sundae.

While Kenobi clearly doesn’t want to fight Vader, despite everything, he is still trying to defend himself – and despite being out of practice, I would argue that the shock combined with his bond with Anakin prevented him truly fighting against him. Some make the argument that Vader was holding back, but it may have actually been Kenobi who was holding back.

The benefits of Kenobi’s lightsaber style, “resilience form”, essentially means that he could keep defending for an extended period of time and eventually tire even the strongest opponents out. In fact, because Darth Vader’s fighting style is so aggressive, it wouldn’t exactly be hard to believe that he would and will tire easily, Sith abilities aside. Then it would be an easy thing for Kenobi to find an opening, or a mistake, and strike him down. But he doesn’t do that because he doesn’t want to win. Either out of a sense of guilt, or Jedi morality. But while Kenobi does appear to be willing to sacrifice himself, as we see with his death in “A New Hope”, where he hopes that his death will motivate Luke to action, he is not careless with his life, nor self destructive.

Perhaps one of the noblest aspects of Obi-Wan Kenobi is that despite all of the terrible things that have happened to him, he never did turn to the dark side. He recognized some of the same flaws of the Jedi order as Anakin did, but unlike him he chose, as was in his nature, to use stealth and passive defense rather than directly rebelling agains the order and causing the chaos that Anakin eventually fell to. It shows something very mature and wise about Kenobi: restraint, and balance. Which in many ways is the essence of being a Jedi. Kenobi has the ability to pick his battles, which is what keeps him alive, and, in the long run, is the strongest strategy. He defeats his opponents through attrition, or better yet, avoids a battle in the first place, which saves resources, energy, and lives.

So Kenobi is by no means a coward, or even as weak as he appears to be in the first half of the Kenobi series. Rather, he is by far one of the strongest characters, because even after all of the hurt and trauma he has gone through, he always kept doing what he believed was right, even if meant practicing extreme patience. And that makes him a true Jedi.

Kenobi’s true strength does not lie in strength itself, but in the wisdom to know when to fight, and when to avoid a battle. And in that way, he survives long enough to win the war.