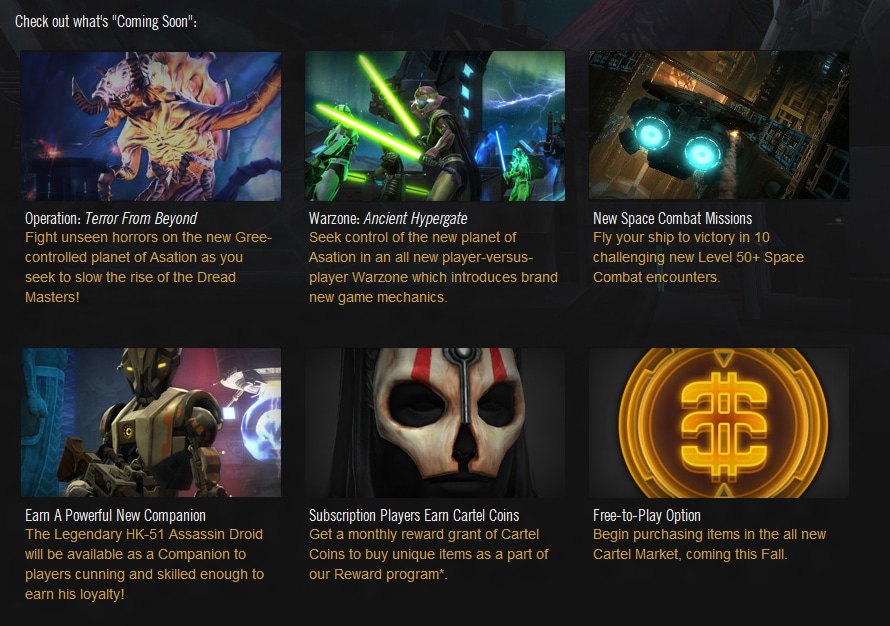 BioWare have updated the public test servers with a new patch. It’s clear we are getting closer and closer to the release of patch 1.5 and the Free to Play version of the game. We are still not quite there yet though, so today’s normal server maintenance won’t bring it to the live servers. That’s alright though. I think we all want the most polished free to play version of the game as possible. Up until release you also get to play around with the Cartel Market on PTS. for a while yet.  Below are the patch notes:

The following are issues known to exist on the current 1.5 build on the PTS: