This week’s Friday update from SWTOR.com came in a two-part series. First, we learned about San Diego Comic Con (SDCC) which most of us are already aware of. This update contains all the info you need to know about SDCC and what to expect.
BioWare will be at the Hilton Gaslamp:
Don’t worry if you won’t be making it to Comic Con because they also had this to say:

“If you are unable to attend Comic-Con, you won’t be left out in the cold. We’ll have exciting updates for you on the website throughout the week and you can get live updates straight from the showfloor by following us on Twitter or liking us on Facebook.”

Now on to the new Friday update news:
Crafting the Class Intros– SWTOR is all about storyline and this week’s update shows us how that was applied and accentuated with the class intros as well.
“We wound up using the opening crawl from The Empire Strikes Back as our template. Using text written by the writing team, we rendered out the crawl, got the color right, set the margins, and even timed out the speed.”
How cool is that? I’m looking forward to seeing each one, even if I don’t play every class. The amount of work and creativity merged with classic Star Wars themes being put into this game is what has everyone pumped up for the game.
A long time ago in a galaxy far, far away…
This is Star Wars how most of us remember it and you will find that nostalgic feel as soon as you enter the game with the intro cinematic for each class. Check out the Friday update to learn more about what was done and how they did it. It’s not as simple as you might think since they could not create them inside the game engine itself. 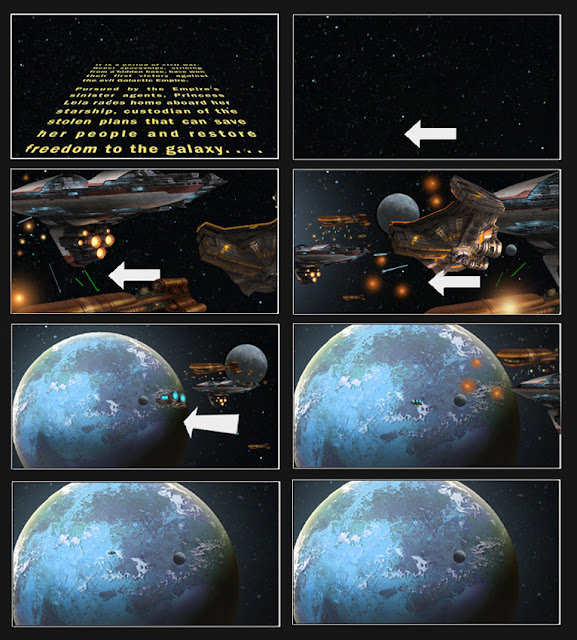