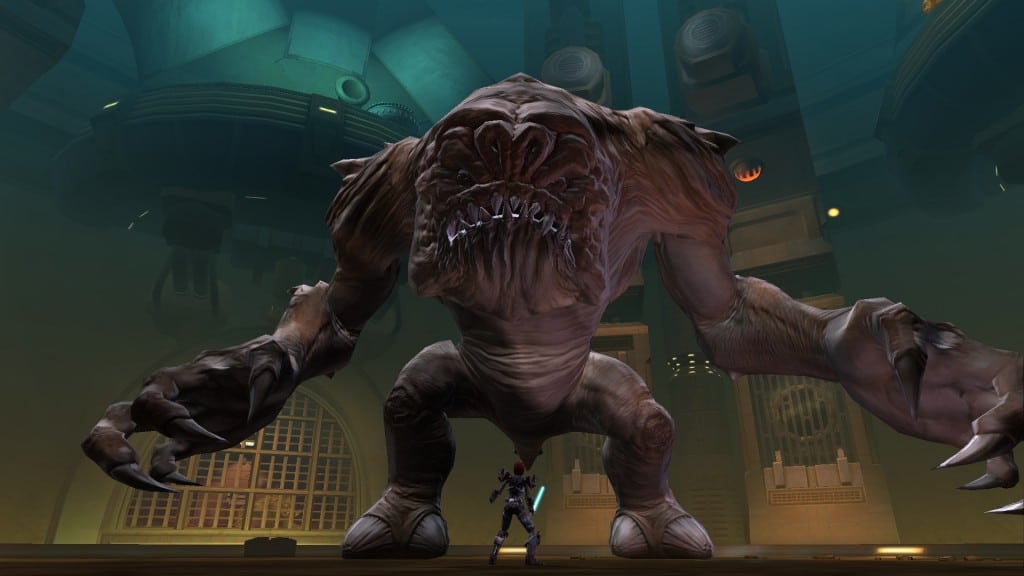 Bruce Maclean, Senior Producer of SWTOR, came into the forums today to give another update on the Summer of SWTOR content as well as an outline of what is coming and when it’s projected. Everything is pretty much still on target for when and how they described it before only now we get a few extra details.

If you haven’t yet, take some time to read over it all and see what”s coming.

Here is a fresh update on where we are at in terms of hitting our schedules for the Summer of SWTOR, and a recap of all the exciting things we have in the works for the months ahead. The usual disclaimer applies that all of the below dates are the dates the teams are shooting for. As you saw with Game Update 2.2.2 which had to be moved back by one day, it’s entirely possible these will move!

On July 23rd look for a return of the Relics of the Gree Event for a two week long run:

August 6th is still looking good for Game Update 2.3:
Players can look forward to the namesake of this update, Titans of Industry – a story arc that encompasses two new Flashpoints at level 55: Czerka Corporate Labs, and Czerka Core Meltdown. CZ-198 is a major weapons research and development facility under the direction of a power-mad Czerka Corporation scientist named Rasmus Blys. In addition to two Flashpoints where players will confront Rasmus and his creations, CZ-198 offers new daily missions for players looking to earn credits, commendations, and reputation rewards. The new Flashpoints are available in both story mode and hard mode. In order to ensure you can jump right into the action, we’re trying something new. The story modes for the new Czerka Flashpoints are role-neutral, which means Group Finder will match you with the first three players it finds, regardless of your group role. Hard mode will of course require a fully balanced group, offering new challenges for you and your friends at level 55. CZ-198 offers some great new reputation rewards, including new Czerka adaptive gear, mini-pets, some incredibly powerful new droid companion gear and schematics, and the Czerka Executive Cruiser – a luxury landspeeder that oozes style. Also in 2.3 we are introducing the new Companion Character Treek, a deadly and resourceful killer who also happens to be an Ewok.

Eric Musco, Community Manager, also came in to comment and clarify on some complaints to the update on Summer of SWTOR content as follows:

I am getting that some of you are frustrated that there are also Operations coming in 2.4 as a PvP player. This is in no way taking away from the content you are getting. It just means that on top of being an update with PvP content, it also has PvE content in it as well. It is just a bigger update for everyone!

To specifically address some of the concerns I am seeing in the thread. First, the 4v4 Warzone Arenas are not scaled down versions of the current 8v8 maps. They are a brand new Warzone type (deathmatch) on their own brand new maps! Note: Plural! You will see more than one map at launch.

As some have said, this is not the only thing coming in 2.4. We have stated before in this thread the purpose of this is to give you an overview, it does not have every detail. Some of your other concerns…such as queuing for Ranked, will be addressed along with 2.4. We are still working on details and 2.4 is still a ways off. We will continue to release information as we lock things in.

I want to add on a personal note that one of the things I have enjoyed most over the past month or two at work is our twice a week Warzone Arena playtests. I am someone who primarily PvPs when I play SWTOR and they are so, so much fun. I cannot wait for you guys to get your hands on them!

The full Summer of SWTOR Update as outlined by Bruce Maclean:

Here is a fresh update on where we are at in terms of hitting our schedules for the Summer of SWTOR, and a recap of all the exciting things we have in the works for the months ahead. All of the below dates are the dates the teams are shooting for. As you saw with Game Update 2.2 which had to be moved back by one day, it’s entirely possible these will move!

On July 9th we will launch Nightmare Mode Scum and Villainy as a part of Game Update 2.2.2! This Nightmare Mode Operation is currently up on Public Test Server!

On July 23rd look for a return of the Relics of the Gree Event for a nice two week long run:

Per community request the event will scale up to level 55 on this next run, including better loot rewards, commendations, and achievements

August 6th is still our target date for Game Update 2.3. *Watch for lots more details on the features below in upcoming blogs, mailers, and community meet and greets!* Some of the bigger parts of this update are:

Even though it’s part of Game Update 2.3 we are planning to start the Bounty Contract Week on August 13th. Bounty Contract Week is a monthly event, so if you miss it the first time, don’t worry – it will return next month! The event above was actually teased in our Community Meet & Greet last week and we’ll be sharing more details soon. Here is a snippet for now:

Bounty Contract Week provides new missions with full voice-over that will take you on a hunt for high-value bounty targets across the galaxy. Each bounty contract scales to your level, from 15 to 55, providing experience, credits, Commendations, and Reputation with the Bounty Brokers Association.

Game Update 2.4 is also in the pipe and being worked on for an October release. Even though our mantra is smaller more frequent patches this particular update is shaping up to be very big, with tons of new content and big PvP updates especially targeting Ranked play. We’ll start sharing details next month. If you absolutely *have* to glimpse the potential future, enter a Force trance and focus on these key phrases. Oricon. Warzone Arenas. Dread Masters.

This isn’t an exhaustive list, and we are also working on some longer term stuff. As we get closer we’ll have a lot more juicy details on what’s above. Keep your eyes peeled to the forums and SWTOR.com for more information!