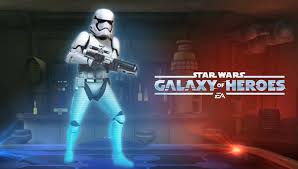 NOTE: With the flattening of raid rewards, top ranking players (particularly in the Heroic) may see lower drop rates of fully crafted gear pieces, and (for some ranks) lower aggregate numbers of direct gear salvage drops. This has been offset by several factors, including:

We will be monitoring player feedback AND the effects of these changes to ensure this benefits players as intended.

Assault Battles Update
With this release we are updating three of our Assault Battle events (Forest Moon, Military Might, & Ground War) with a pass on consistency, clarity, and balance. In addition, we are adding Mythic tiers to these events. We are doing this to ensure that all events of a category (in this case, Assault Battles) have a similar level of predictability and challenge, as well as a unified style and appearance. Please note that Assault Battle Mythic tiers are intended to be the pinnacle of challenge in the Event system, and may be adjusted over time to ensure this experience remains such.

Military Might:
(NOTE: This event is not scheduled for April)

Artist of War (Mythic Event)
The battle between Thrawn and Phoenix squadron has come to a head and only one side can prevail.

NOTE: The Chimaera event is allowing players to enter with fewer than originally intended units due to a bug with how the mandatory units are being counted. However, because the event will be changed to conform with an upcoming update to ships, we are leaving the event as-is for this instance.

SHARD SHUFFLE
NOTE: Starting with the characters mentioned below, to make room for characters that are coming into the game, we are starting by removing characters that have 1 or more duplicate nodes. In every case, we will be leaving the “easier farm” node for those characters. We will also be providing guidance on our additional plans to manage this process, and ensure that farming routines are minimally disrupted, before the next round of characters hit the board.

The following units have also entered new locations, per the Character Release Cadence: