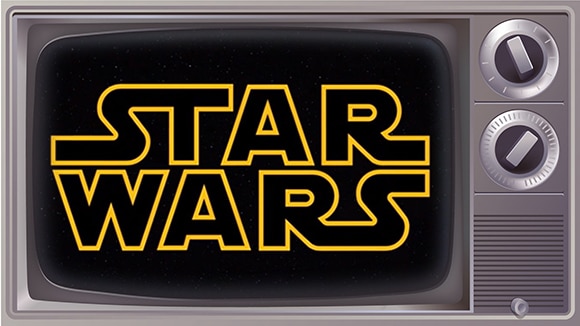 It’s clear that Disney is going all-in with Star Wars: new movies, new books, new action figures and LEGO sets, and now . . . new TV shows? Back in March, Cinelinx discussed the possibility of Disney being in talks with Netflix for a live-action TV show. But the latest rumors suggest that there could be multiple shows in the works.

The fact that Disney is producing standalone Star Wars movies might lend some credence to this rumor—they’re clearly interested in cinematically exploring the rest of the universe outside of the main Republic / Empire conflict that’s been the center of the series for so long.

There have been discussions of a Star Wars TV show since 2005, after George Lucas announced that he had plans for a show that took place between the prequels and the original trilogy. By 2011, he said that he had 50 episodes written.

And although a number of people have been attached to the project, it hasn’t gone much beyond this stage. Last year, however, it was rumored that casting had begun.

With Disney’s obvious big betting on success in the Star Wars universe, it doesn’t seem like such a stretch to believe that they’d be working on a number of new shows. Netflix would be the perfect place to show them, and we know that the streaming site is hungry for exclusive content; their deals with Marvel for shows based around Daredevil, Jessica Jones, and Luke Cage could provide a template for their new relationship with Disney.

But it does seem like a pretty big risk—would Disney commit to multiple live-action shows without trying out the idea with a single one first? The animated shows have performed pretty well, but they haven’t drawn the huge numbers of viewers that Disney is likely aiming for. And while they do have plenty of money to throw around, it’s unlikely that they’ll be willing to bet it on a huge risk.

So will we see live-action Star Wars shows on Netflix? It’s possible, but I remain skeptical. A single one is certainly possible, and I wouldn’t be at all surprised to hear an official announcement in the near future, but more than one? That might be a bit of a stretch.

What do you think? Will Disney go all-out and plan multiple Star Wars live-action TV shows? Would you watch them? Who would you want to see as the focus of a show? Share your thoughts below!