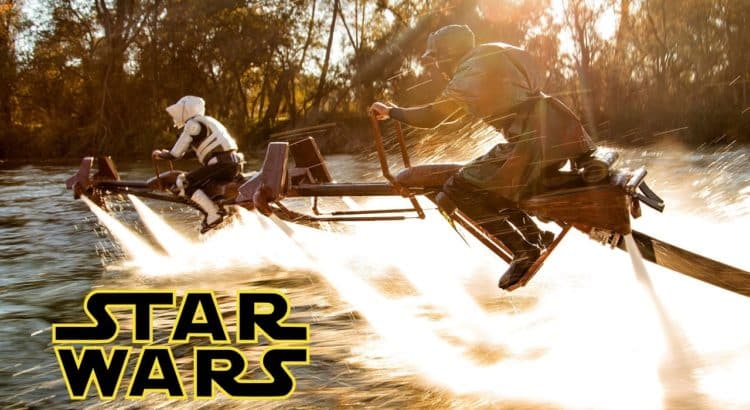 There are plenty of Star Wars fans who don’t just want to get immersed in this franchise by watching the movies, reading the books, or playing the video games. Some of them want to really see Star Wars in real life. This might sound like the sort of thing that could only happen in the far future. People might think that they will have to wait for the sort of holographic technology found in Star Trek, a franchise that is similar to the Star Wars franchise and that is popular with many of the same individuals.

In fact, there are ways to experience the franchise in the real and modern world today. Some people will do this by going to the real world locations where various Star Wars scenes were filmed. There are less knowledgeable fans who might think that Star Wars movies were never actually filmed in real locations. The Star Wars films that were created in the twenty-first century all use a lot of different types of special effects. People might forget that this does not mean that these were films that were entirely created in studios. It only seems like that at times.

There are still real locations behind these films, and people can see some of them for themselves. This is certainly the case with the original trilogy from the 1970’s and the 1980’s. The filmmakers from those eras absolutely did not have all of the advantages associated with modern special effects, and they had to use what they had.

People can certainly go further than that in an effort to relive all of their favorite Star Wars experiences. For instance, there are plenty of theme parks today that feature rides that were inspired by the Star Wars films. These are the sort of rides that will really allow a lot of people to get into the action associated with Star Wars. Seeing the locations in person is special. However, many people don’t just want to look at the backgrounds of the Star Wars movies.

There are other types of role-playing experiences that a lot of people will be able to have soon enough in order to get immersed in the Star Wars world in a new way. Disney’s Star Wars hotel, for instance, will change a lot of people’s lives soon enough. Many people will soon find it even easier to be able to get into the spirit of the enduring and potentially everlasting Star Wars series. This is a franchise that will be brought to life in a lot of new ways.