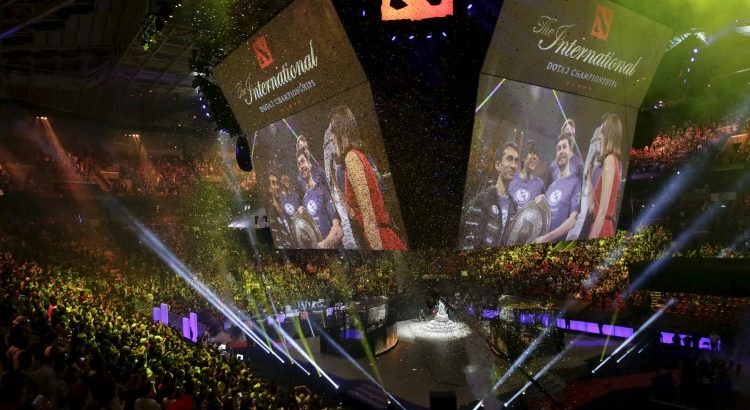 Good afternoon for those who are reading this article! Today we are going to tell you about the upcoming Dota 2 tournaments this summer. They are going to be absolutely spectacular and overwhelming.

Recently the summer StarLadder Minor has ended up, surprising the majority of its viewers.

And now two last fascinating events are round the corner:

The next tournament will be taking place on 22.06.2019 and it will be EPICENTER Major 2019. The teams that will be participating in the tournament:  Team Secret, Team Liquid, OG Dota 2, Gambit Esports, Virtus.pro, PSG.LGD, Royal Never Give Up, Vici Gaming, TNC Predator, Fnatic, Forward Gaming, Evil Ceniuses, paIN Gaming, Infamous.

As you can see, a big number of the teams will be fighting for the main prize pool of the tournament which is one million dollars this time. It is a rather significant sum in comparison with the previous seasons. The Major tournament will be taking place in Moscow at the CSKA Arena.

According to the analysts, there will be three seriously prepared team in this season – OG Dota2, Virtus.pro and Team Secret.

It will be epic to see the battle of the player RodjER from Virtus.pro and the player Nisha from the team Team Secret. Even though the latter team is rather new, it doesn’t mean that it is weak. At the tournament EPICENTER Major 2019 – Europe Closed Qualifier Team Secret won over the team OG Dota2, and at the same tournament the players also defeated the team Alliance. So, we can make bets on Team Secret, they really deserve our attention!

In a last step we want to talk about the tournament which will be taking place in August this year – The International 2019.  It will be the most monumental and absolutely spectacular event among all the tournaments of the current year. There the best champions will meet, 9 teams according to the DPC rating. By the status of the beginning of June, there are eight teams which have already cemented their slots at the tournament:

Four more teams will join them after the major in Moscow when the final DPC rating is formed. The other six teams will be defined after the knockout qualifiers.

It will be a real massacre!

The team Virtus.pro are not going to let anyone take their place and and will be fighting hard for the main prize pool. At the moment it contains a huge sum which is 15 million dollars. However this money is not final – it will be gradually increasing thanks to selling battle passes.

The tournament is likely to exceed the prize pool of last year’s tournament of this segment The International 2018. The tickets of the event got available on 24 May this year and got sold out literally in several hours. The Chinese esports fans bought their quota of tickets in only 53 seconds.

The tournament will start on 15.08.2019 and will be lasting for 10 days. This event will be happening in China (Shanghai). All viewers will be absolutely thrilled.

In this summer period three main epic seasons will take place which will keep 2019 and the winning teams in the Dota 2 history. It is rather interesting how a relatively new team Team Secret will be fighting with string opponents and how the players will be able to sustain such powerful pressure. Will the team Virtus.pro win the place and prizes or give up? Will the players lose their reputation and fans? Of course, we will see it at the future tournaments. Enjoy watching and let the strongest win.