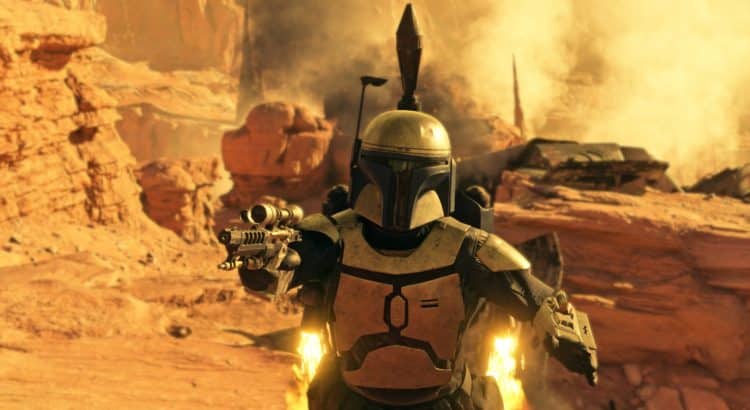 Here is the latest community transmission from the DICE crew. This time about new CO-Ops, Quests and hero appearances. Check it out:

There have been many battles throughout the Star Wars™ saga and the Battle of Yavin ranks up there as one of the most iconic.

It was a one in a million shot that ultimately led to the destruction of the Death Star. Those involved in this epic battle, and therefore a major blow to the Empire, were rewarded via a Celebration Ceremony within the Great Temple on Yavin 4.

This is the scene of the first two appearances we’ll be talking about today.

The Battle of Yavin Appearances

THE BATTLE OF YAVIN APPEARANCES

We’ve talked a bit recently about appearances for Luke Skywalker and we currently have a special Timed Quest underway where you could unlock his Farmboy appearance from Star Wars: A New Hope.

Coming this month is another Luke Skywalker appearance and as you’ve probably guessed by now, it will be based around his look from the Celebration Ceremony that took place after the Battle of Yavin, complete with the iconic yellow jacket.REPLAY VIDEO0:140:14

Not to be outdone, and as he once said “don’t get cocky kid,” Han Solo will also be receiving his Star Wars: A New Hope appearance.

The new appearance for Luke will be connected to a special in-game event, while Han’s will be classified as Epic and will be available for 40,000 in-game credits or 1,000 crystals.

Once the special in-game event has ended, Yavin Luke will also be available for 40,000 in-game credits or 1,000 crystals.

You’ll be able to join the battlefront as Luke Skywalker and Han Solo in their Yavin 4 appearances once the “Another Night on Endor” update launches on the 23rd of this month.

We’ve received a lot of great feedback on Co-Op since it launched last month and we’re really happy with the response so far. We’re expanding Co-Op this month and with it will come the ability to defend on each of the planets.

The above appearances and Co-Op defend will be arriving in the Another Night on Endor update, which is due for release on October 23. We’ll be back shortly for some details surrounding our return to the forest moon of Endor, better bring a flashlight.