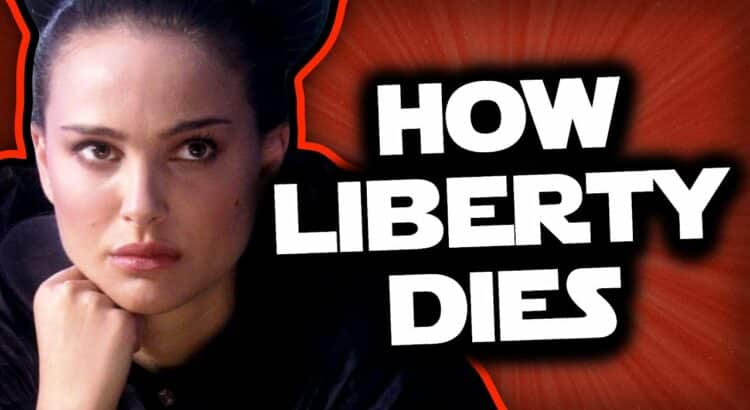 The politics of Star Wars has always been a complex and multi-faceted topic, with numerous factions and power struggles shaping the course of events in the galaxy far, far away. From the tyrannical rule of the Galactic Empire to the heroic resistance of the Rebel Alliance, the Star Wars franchise has explored a wide range of political themes and ideologies.

At the heart of the Star Wars universe is the dichotomy between the light side and the dark side of the Force. The light side represents the virtues of selflessness, compassion, and wisdom, while the dark side represents the temptation of power, anger, and fear. Throughout the Star Wars saga, characters are constantly torn between these two opposing forces, with many ultimately choosing to embrace the darkness.

One of the most prominent political themes in Star Wars is the idea of authoritarianism versus democracy. The Galactic Empire, led by the evil Emperor Palpatine, represents the ultimate form of authoritarian rule. Palpatine has absolute control over the galaxy, using his immense power and influence to manipulate and dominate others. He crushes dissent and opposition with brutal force, ruling through fear and intimidation.

In contrast, the Rebel Alliance represents the ideals of democracy and freedom. The rebels are a loosely organized group of individuals who band together to fight against the oppressive rule of the Empire. They believe in the right to self-determination and the power of the people to shape their own destiny. The rebellion is a grassroots movement, made up of ordinary people who are willing to risk everything to bring about change.

Another key theme in Star Wars is the role of religion in politics. The Force is central to the Star Wars universe, with many characters viewing it as a higher power that guides their actions. The Jedi Order, a group of monks who are trained in the ways of the Force, are seen as the guardians of peace and justice in the galaxy. They are sworn to uphold the values of the light side, and use their powers to defend the innocent and protect the weak.

However, the Jedi Order is not without its flaws. Many Jedi are rigid and dogmatic, and are unable to adapt to changing circumstances. This ultimately leads to the downfall of the Order, as they are unable to prevent the rise of the dark side. The Sith, a group of Force users who embrace the dark side, are the sworn enemies of the Jedi. They believe that the pursuit of power is the ultimate goal, and will stop at nothing to achieve it.

The Star Wars franchise also explores the relationship between political power and personal morality. Many of the main characters are faced with difficult choices and are forced to confront their own values and beliefs. Luke Skywalker, the hero of the original trilogy, struggles with his own morality as he confronts the darkness within himself. He ultimately chooses to embrace the light side and becomes a Jedi Knight, but not before facing numerous challenges and temptations.

In the Star Wars prequel trilogy, the politics of the Galactic Republic are explored in greater depth. The Republic is a democratic government that is supposed to represent the will of the people. However, it is plagued by corruption and inefficiency, and is ultimately unable to prevent the rise of the Empire. This reflects the real-world challenges faced by democratic governments, as they struggle to balance the needs of the people with the demands of powerful interests.

is filled with advanced technology, such as lightsabers, starfighters, and the iconic Death Star. These technologies play a crucial role in the political landscape of the Star Wars galaxy.

In the prequel trilogy, the Galactic Republic is threatened by the Separatists, who have access to advanced military technology. This technological advantage allows them to gain significant ground in the Clone Wars. Similarly, the Galactic Empire relies on their advanced technology, such as the Death Star, to maintain control over the galaxy.

However, the Star Wars franchise also illustrates the dangers of relying too heavily on technology in politics. The reliance on the Death Star leads to its ultimate destruction, and the Galactic Empire’s downfall. This serves as a cautionary tale against placing too much faith in technology as a means of political power.

Additionally, the Star Wars franchise explores the ethical implications of technology in politics. The Clone Wars are fueled by the production and use of clone soldiers, raising questions about the value of life and the moral responsibility of those in power.

In conclusion, the Star Wars franchise touches on the role of technology in politics through its depiction of advanced technology, the dangers of relying on it, and the ethical implications of its use. It serves as a reminder of the importance of considering the consequences of technological advancements in the political sphere.