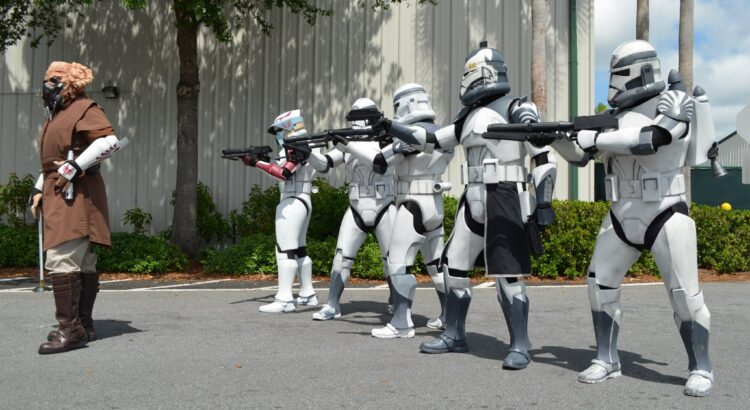 Order 66, also known as the Great Jedi Purge, was a key moment in the Star Wars franchise that occurred at the end of the Clone Wars. It was a directive issued by Supreme Chancellor Palpatine, secretly the Sith Lord Darth Sidious, to the clone troopers of the Grand Army of the Republic, ordering them to execute their Jedi Generals. This moment marked the end of the Republic and the beginning of the Galactic Empire, as the Jedi were essentially wiped out by the clones they had trusted as allies.

But how many Jedi were able to survive this tragic event? According to an article from Collider, there were roughly 200,000 known Jedi at the time of the Clone Wars. This number includes both full-fledged Jedi Knights and Initiates in training. However, it is important to note that this number is likely an underestimation, as the Jedi Order was secretive and there may have been many more Jedi who were not officially recognized or registered.

Given the sudden and widespread nature of the attack, it is likely that the vast majority of Jedi were caught off guard and killed. The article estimates that only a few hundred Jedi were able to evade the initial slaughter of Order 66. These survivors included notable characters such as Obi-Wan Kenobi, Yoda, and Kanan Jarrus.

The number of Jedi who were able to escape and go into hiding is difficult to determine with certainty, as the events of the Purge and its aftermath are not well-documented. Some sources suggest that there were only a handful of surviving Jedi, while others estimate that there may have been several thousand who managed to flee. It is also possible that some Jedi were able to survive by disguising themselves or blending in with the population.

One factor that may have contributed to the survival of some Jedi is the fact that not all clone troopers followed the orders of Order 66. Some clones, such as Rex and Wolffe, refused to execute their Jedi Generals and instead chose to desert or go into hiding. These clones provided valuable assistance to the surviving Jedi and may have helped some of them escape the initial purge.

The aftermath of Order 66 was a dark time for the Jedi Order, as the surviving members were forced to go into hiding and live in fear of being discovered by the Empire. Many Jedi were hunted down and killed by the Empire or by bounty hunters, while others chose to abandon their connection to the Force and live as ordinary citizens.

Despite the efforts of the Empire to stamp out the Jedi, a few managed to survive and pass on their knowledge and skills to future generations. These surviving Jedi became the foundation for the eventual restoration of the Jedi Order, which played a crucial role in the defeat of the Empire and the restoration of peace to the galaxy.

In conclusion, it is difficult to determine exactly how many Jedi were able to survive Order 66. While it is certain that the vast majority of Jedi were killed in the initial attack, a few hundred or possibly even several thousand were able to evade capture and go into hiding. These surviving Jedi played a crucial role in the eventual restoration of the Jedi Order and the defeat of the Empire.