Georg Zoeller spoke on the official SWTOR forums this weekend about the replayability of SWTOR and same class replay. Many have questioned this and the issue of mob grinding in relation to SWTOR. 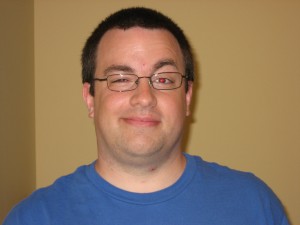 MMORPGs are famous for grinding and mindless quests telling you to go here and kill x number of ___. This mindless, repetitive gameplay is what BioWare says they are trying to avoid in SWTOR.
The discussion that ensued on the forums was an interesting one on this topic.

“Well thanks for clearing that up. But why is it you made the class quest far more richer with goodies so to speak then taking side routes to level up? Such as flash point running or random mob killing an so on.”
Zoeller came in to answer the question:
“I wouldn’t say richer – after all Flashpoints, PvP and other activities have great rewards as well… just not things like companions and such.

As for random mob killing … that’s not the game we’re making. You can do it, for sure, but it’s not going to be nearly as effective as questing or participating in Flashpoints, PvP and other activities.

Camping the spawns of random mobs is a part of the MMO legacy, grind, that we don’t really see having a place in Star Wars: The Old Republic.

(As someone who once wasted hours camping pygmy goblins ins Dark Age of Camelot, I am strongly in favor of killing that kind of ‘gameplay’ with fire).”

This is really great news for those of us who are excited for an MMORPG with a deeper storyline and richer content. It also clarifies some parts of the game play that we have wondered about such as whether or not grinding would come into play when you wanted to level the fastest way possible.
Many MMORPGers know the familiar story of questing in an area and then grinding out the last of your level before moving on to a new zone or to grinding to get over a hurdle so you could get into new instances for experience. SWTOR plans to cut out that wasted game time of grinding.
We have been promised hundreds of hours worth of gameplay in a single class in SWTOR. There’s more content than one would ever need to achieve max level. But this brings up an interesting point; what about the replayability of the same class?

On the forums, Vicioushalcyon asked Zoeller:

“Since you already sort of addressed it, how much replay value will there be in replaying the same class, but making different Light/Dark choices? Does it change the story in any significant ways? Or is it more like Mass Effect 1, where you can do or say what ever you want, but the galaxy gets saved either way?”
Zoeller gave us a very thorough, thought-out answer that also addresses some other points and is well worth a full read when you have the time. In short, Zoeller says:
“There is definitely replay value in going the ‘other’ path. Quests change, there are different cinematics for different choices, rewards can differ and some parts of the story change significantly. Still it is one story, not two, so it is definitely similar to say, Mass Effect where … spoiler … you can save the council or get the killed, but ultimately save the citadel.

Choice in our games means that the player gets to decide how to approach the story and individual decisions, but we’re not creating a freeform narrative with unlimited options, that’d be a bit too expensive.”

So there you have it folks. What do you think? Will SWTOR be replayable?