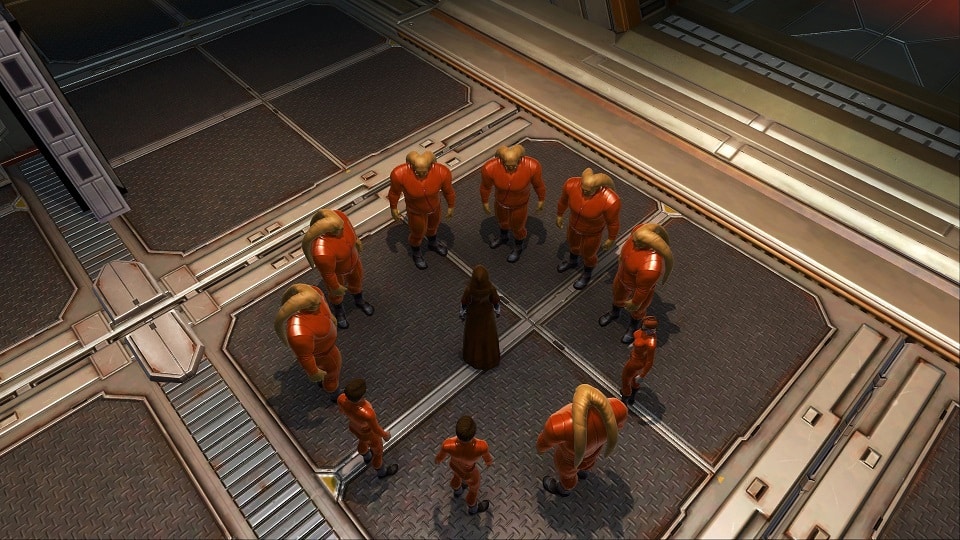 It isn’t very often that a moment in a video game catches us off guard again, makes us appreciate the true value of our game experiences and makes us want to tell others about the experience. But when they do happen, they usually remain in our memories for awhile. Such is the case with Massively writer Jef Reahard when he played with a “real Jedi” named Nayelii and was thoroughly impressed with the skill and grace in which the player made most of the character abilities. This was more than just a good player. Those who can remember the beauty of a true Jedi, those who grew up playing Jedi with their friends of dreaming of one day being able to live it for real, those who have seen the typical tank-n-spank MMO battles for far too long will all understand just what the significance of this post really was. Let’s explore a snippet. Here is part of Jef’s story about why this particular Jedi stood out to him:

Nayelii played like a Jedi. And I don’t mean a non-italicized Jedi of the type that you, I, and a million other mortals can use to faceroll through story quests inBioWare’s Star Wars MMO. I mean a Jedi as in the type of Jedi that I dreamt about as a kid before the Expanded Universe, before the prequels, and before the term basically turned into a sci-fantasy cliche and an unfortunate victim of its own oversaturation. See, in the original Star Wars trilogy, the Jedi were all but extinct. There was Yoda, Luke, Vader, Ben Kenobi, and that’s about it. The Clone Wars were either the cryptic ramblings of a strange old hermit or some sort of galactic urban legend, or maybe both, and the general lack of lightsabers on screen during the three films conspired to elevate Jedi to a near-mythical status that’s hard to explain to fans born after 1985. When I was a kid, my friends and I played with our Star Wars figures for days on end and sat reverently in front of grainy VHS copies of the original trilogy, speaking about Jedi in hushed whispers if at all. They were unknowable, unattainable, and seemingly unkillable demigods who fired my malleable imagination right up until they became altogether commonplace when Star Wars exploded all over again in the late 1990s. Ever since, Jedi have been omnipresent across the sprawling license, and they’re especially plentiful inside SWTOR. Unfortunately, though, very few SWTOR players know how to actually pilot them as Jedi.

You can head over to Massively to read the whole thing or yourself but where it gets even more interesting is that she heard about the story written about her performance in that run and she stopped by herself to leave a comment. Her reply to the positive feedback on her KDY Jedi skills: “So, I wake up this afternoon to watch the Argentina – Holland game and I get a message from my friend and fellow guildie asking me if I made another guardian on the ebon hawk.

It was double xp week and me and my dear decided we’d level up characters together and this time around we wanted to play on a more active and server than the one we normally come from. (A ghost town PVP-RP server)

So we loaded up on the Ebon Hawk and began to make out characters on Tython.

Now I grow very attached to my characters and while I don’t always actively role play as my character, I do like for my character to have a look and story and I want the way I play to embody that character.

So after tython, I look through my collections, find most of the armour I want to wear for this character and I established everything about this character I had just lead through her Jedi trials.

She’s a body type 4 female Guardian, wearing a dark hooded cloak, who cares very strongly for her allies. She is a big and strong woman who uses both the force and her physical strength to protect others.

I named her Nayelii after the other Guardian I have on my other server. I really like the name.

I do have experience with this class. I leveled a guardian pre 2.0 (major Expansion with both new abilities and level cap) and I have the sith mirror.

I wanted to experience the leveling process again as I loved my old guardian.

I also have done a lot of KDYs. And though the dungeon is randomized, I have a good feel for the area and what not.

I would like to point out though that KDY has a mechanic in it called “Bolster” which sort of brings you up to level 55 stats, though they aren’t terrible optimal. And it’s double XP so my gear was actually rather awful. I crafted some of the base tier armourings for myself and everything else was pretty basic.

I would however like to disclose that I play a hybrid tank on my guardian. I pvp alot and I’ve been in the competitive pvp scene in the came since ranked play was introduced.

So I like to play around with specs and the like and I believe that KDY was an experimental spec to me.

So it was a lot of fun and I really enjoyed cruising through that dungeon because my little Guardian makes me feel epic. It’s really everything I’ve ever wanted out of a “Jedi” class as a young girl.

I find this article to be completely flattering and I’m glad you enjoyed the run.

Proof of identity is attached and the like. Again, very flattering.” 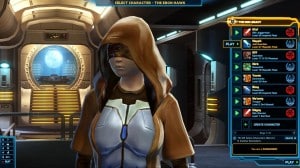