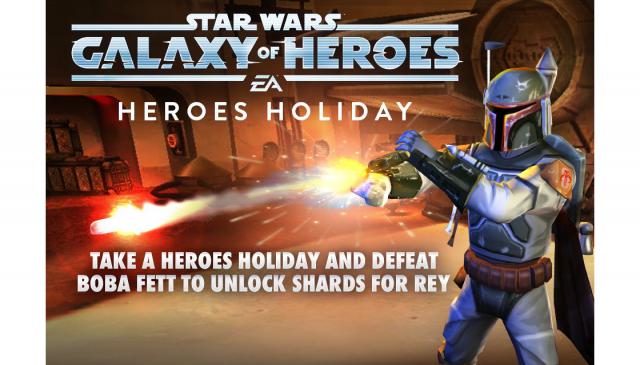 The devs over at Star Wars: Galaxy of heroes posted a new developer blog were they talk about how they plan to communicate with players in the future. It all seems very promising. They are following through on what they said they would do. Looks like they are taking what has been communicated to heart. We shall see…

ntro
I joined the Galaxy of Heroes team in mid-2016 to ensure the Ships feature launched on time. By the time I joined much of what makes Galaxy of Heroes special to the players was already defined. Since then, I became the Lead Producer on Galaxy of Heroes, and I’ve focused my efforts on the aspects of our development and processes that needed the most work.
Coming from an MMO background, I find myself often making comparisons between MMOs and mobile games. You’re always on the clock. Everything you make has to consider the state of every person and every account on a live server with players from all over the world – and a reach that extends farther than my dreams …I’m looking at you, single player in Vatican City. And, another similarity, the community wants to hear from you. A lot.
Over the past few months, it has become increasingly clear that one of my new priorities, and something I can help with given my past in MMOs, is how we communicate as a studio.
Q&A
Last week a few of the Producers and I did a Live Q&A last minute. It was absolutely in response to feelings from the community, which have been bubbling up with passion, and sometimes anger, more and more frequently in the past few weeks, but particularly in response to something we had done wrong the night before. I made a commitment then to communicate more, and specifically communicate our intentions. The first piece of which I would like to outline here.
In response to those questions, we have grabbed everything that was asked in the first 13 1/2 pages of the Q&A thread and intend to answer every question over the coming weeks. We won’t always be able to give the response that you’re hoping for; still, the team and I are committed to doing our best effort to explain the decision-making process, our prioritization, and the road ahead.
Quality of Life
February was our most recent Quality of Life update, but it wasn’t all of the Quality of Life improvements we have planned for this year. The February QoL update represented a lot of needed changes that had to be made to the underlying core of the game – and which required an update to the game client. There are however numerous changes we intend to make inside of the game which do not require a client update.
We’d like to share some of those planned changes with you now as part of our intention to improve communications – to explicitly state our intentions, and to show how those intentions turn into meaningful change.
Each day for the next week we will tackle some big topics and provide an additional login incentive in game for your time. For today, this is our Communication Plan. Topics in the coming days include:

In the first week of April, it is my plan to release the Road Ahead for the next couple of months. The Road Ahead falls at the beginning of each fiscal quarter (approximately every three months). On top of at least four Road Ahead blogs a year, we will also be doing periodic State of the Galaxies, which are intended to address hot topics in the community, and are reactive to something that may be pertinent at the time. There are also going to be, as always, regular communications from our community team that usually correspond to hotfixes and patches.
Finally, we want to provide some additional Q&A opportunities in the style of the Reddit AMA. We will do our next one on Friday April 6th at 12PM PDT after we’ve had a chance to address some of the existing questions and for you to have a chance to come up with some more.
There are other communications that come through our Game Changers, Beta Program, and other channels. We have been talking about how to use those programs most effectively and will be talking about opportunities for improvement in the near future. In the meantime, if you have any thoughts about communication or styles and topics you’d like to see, please post it in the thread linked below.
More tomorrow, and as always, we’ll see you on the holotables,
-Carrie