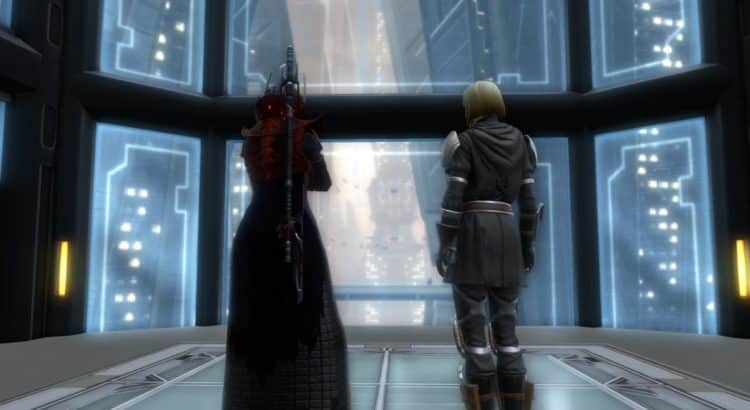 BioWare will be pulling down the servers tomorrow, March 16th for some scheduled maintenance, were a quick bug-fix patch labeled 6.2.1a will be uploaded. This patch will fix some problems with the Amplifiers system and introduce additional balancing to a few Uprisings and, as always, fixes some of bugs and glitches. Below are the patchnotes:

Game Update 6.2.1aPlayers can now collapse and expand the Amplifier list on the Character sheet.The Character sheet’s Amplifier list is now correctly updated when equipping and unequipping gear. This list is also updated when inspecting other players.Jumping after closing the Recalibration window no longer opens the Recalibration window again.Corrected some alignment issues in the Recalibration window.A WIP message is no longer displayed when an Amplifier is selected and the Recalibration Window is opened.All the Amplifiers equipped in the Armoring/Mod and Enhancements slots now correctly appear in the Amplifier list when there is no shell Amplifier.Fixed the layout and increased the font size of the Commit and Discard changes button of the Outfit Designer window.Orbital Station Arena has been temporarily removed from the PvP Arena rotation while we investigate players randomly dying to the environment.Players are no longer killed when running into walls of the Mandalorian Battle Ring Arena.The Jedi Guardian and Jedi Sentinel now have the correct tooltip and icon within the Group Finder pop-up window.The Replica Gladiatorial Weapon Lockbox now correctly contains the Replica Gladiatorial Blaster Pistol instead of the Replica Furious Blaster.Resolved an issue where Troya Ajak’s Ability “Songbird Salvo” was causing too much damage in the Spirit of Vengeance Flashpoint – Master Mode.Bask Sunn now correctly drops loot in the Spirit of Vengeance Flashpoint – Solo/Story Mode.The “Conflicting Priorities” Mission is now correctly granted after completion of the Spirit of Vengeance Flashpoint in Solo/Story Mode.Players can now launch the cinematic of the “Speak to Kira Carsen” step in Echoes of Oblivion even if Theron Shan is dead while Arcann and Senya are alive.Changes have been made to rebalance the following Uprisings:

The tracker for some equipment sets of the Spoils of War Achievement now correctly works.Cluster Bombs are now correctly applied by detonating the Explosive Probe for Sniper and Gunslinger.The following Abilities that grant buffs with multiple stacks now correctly add additional extra stacks when they are first applied:

The description of the “Corellian Stardrive Vanguard” Mount in the Collections has been updated to correctly mention that it “Increases movement speed based on Piloting Skill”.Preferred status players now correctly loot credits to their escrow when their credit cap is reached.The Eternal Championship Trophy is now correctly transferred to the Currency tab from the following storage options:

Jace Malcom is now correctly shown as alive for characters who sided with the Republic on Iokath.Color crystals of guest companions can no longer be removed from their weapons.Corrected the following issues with Satele Shan’s Lightsaber in Echoes of Oblivion: