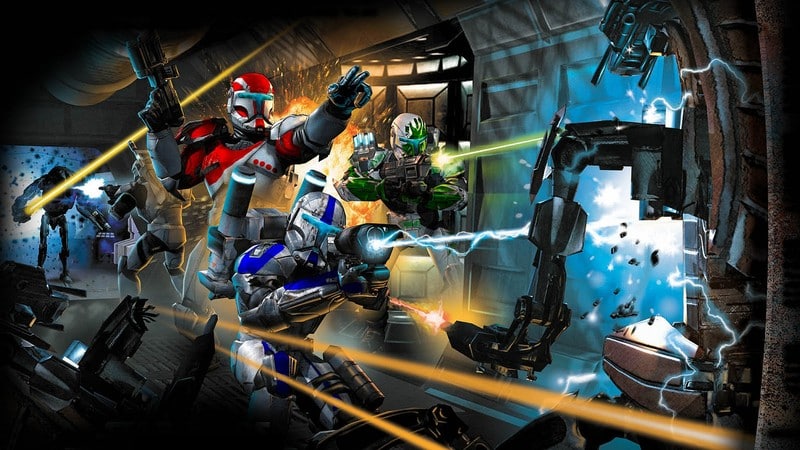 If you have a Star Wars fan in your life, the holiday season is a great time to show them you appreciate them and a great Star Wars game is a fantastic way to do that. The difficult part, however, is that there are so many Star Wars games to choose from. If you have not looked before, you might be surprised at how many titles actually come up. So how can you choose which games are best? Well, it’s a hard call since all fans tend to have their own opinions about what makes a great Star Wars game and which ones were flops and when ones were successes. But here is a pretty safe list that nearly all the Star Wars gamer community can agree upon.

Of course, there’s SWTOR – and with the free to play option now that wasn’t available last year, this is one affordable holiday gift. Consider trying it for yourself if you still have not already, or giving the Star Wars fan in your life a gift card or some cash for upgrades to get the most from the game.

While come critics were harsh on Kinect Star Wars, it’s still a pretty good game for Star Wars fans with the Kinect. The dance mode is pretty silly but can be fun for kids or just for a lighthearted break to your day. This mini-game series has different modes to choose from and it’s a good all-around choice for families or game lovers.

When Angry Birds Star Wars first released many gamers was skeptical but it proved to be both easy to learn and fun to play. The levels are made up of the worlds found in the traditional Angry Brids titles and the new Angry Birds Space worlds. This mixture keeps the game more interesting with red bird sporting a lightsaber and black bird has a very powerful force push. The fat bird is a Chewbaccabird and yellow bird uses blaster. These changes certainly takes the game to a whole new level you never imagined you’d see in an Angry Bird series. It has everything you love about the original game and more.

In 2005, Star Wars Republic Commando was released for the original Xbox. As the commander, you’re in charge of leading a group of Clone Troopers through Geonosis, Kashyyyk and similar locations. The best way to describe this game is to say that it has some of the best elements found in Rainbow Six, Halo and Metroid Prime all rolled into one. Then add in the well-known Star Wars narrative and you have a unique Star Wars game that promises to entertain.

Released in 1994, this game was the most popular of the three Empire Strikes Back games. It’s a 2D platform game where you can play as Luke, Solo or the remarkable Chewbacca. The game takes you to some of the most impressive locations from the original movie, so it’s exciting to play. It has just the right amount of challenges to make it fun and interesting. Today you can play Super Star Wars: The Empire Strikes Back on your WIi Console. It’s an oldie but goodie if you have the console to play it on.