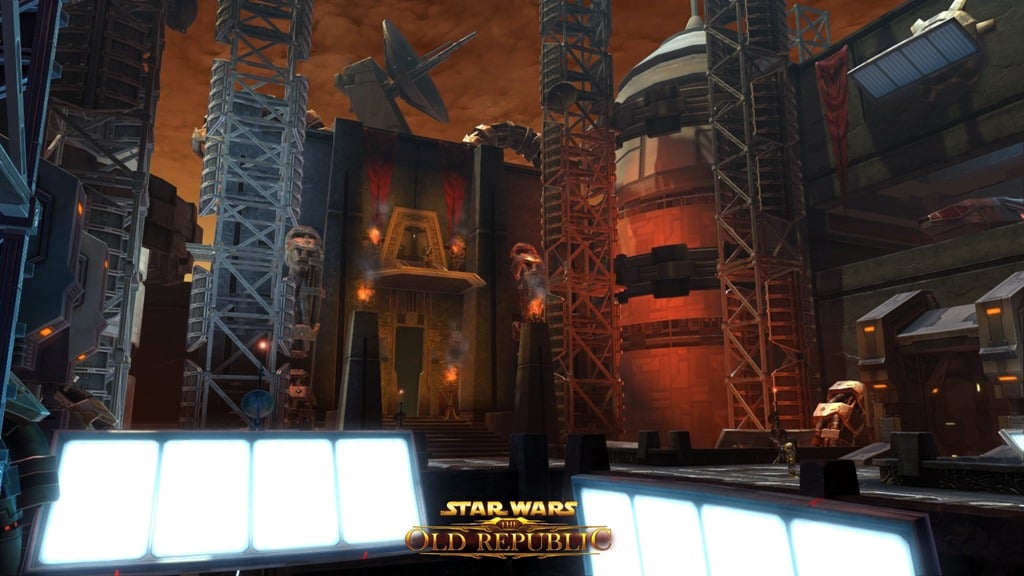 If you’re looking for info on what to expect from game update 2.4, and if you’re not on the PTS, you’re in luck because there is some great info coming out from those who are.  swtor_miner is bringing us some great updates as follows:

I got a tip that a new patch went up on the PTS. I’ll have to look at more thoroughly after I get some sleep. But, here’s a preview.

Arenas, oricon, and Ranked Season 1 are a go.

Respec’ing is disabled during and while queued for pvp matches. As are combat rezzes and normal rezzes.

Varactyl mounts are there, as well as a third creature mount in the earliest stage of implementation. I’ll see if I can discover what it is.

And, a new relic: Primary Surge – Healing an ally or performing a damaging attack on an enemy both have a 30% chance to grant 225 of your Primary Stat for <<1>> (not sure on duration) seconds. This effect can only occur once every 40 seconds. It will not trigger inside of PvP areas.

Hopefully, I’ll have a full rundown later this week.

Edit: On, a whim I decided to see if there was any class balance changes. It looks like most classes received 1-2 minor ability tweaks, tooltip fixes, or clarifications. The data is still a little garbled up with some npc abilities, so I can’t tell you exactly what they all are though. Something was definitely done to Smash/Force Sweep and the Singularity buff though.

But there is more:

Please note this is subject to change at any point.

Well the first Big unexpected change in 2.4 is that they are locking down respecing your talents, during any PvP Match, and while you are queued for them. I posted about no complete respecing of your talents yesterday, but it looks like they also made it so you can’t modify your talents at all. So, if you queue with no talent points spent, you’re likely going to be stuck that way for the match.

Now, on to the main course: Arenas! There appears to be two different ranked Arena modes: Solo-Queue Ranked and Group-Queue Ranked.

Battle as a team against other players in various Warzones across the galaxy! Join either solo or with a group of four allies. Players will have to work together strategically to emerge victorious over the opposing team. At the end of each match, the winning team will be recognized, and individual players on both sides will be rewarded with Warzone Commendations according to their contributions to their respective teams which are used to purchase PvP gear.

Giradda the Hutt demands you to represent the Frog-Dogs or Rotworms as you test your mettle against teams of four players in Warzone Arena matches!

Join either in the Solo Queue or the Group Queue with four allies to compete for Ranked Commendations used to purchase PvP gear and unique rewards. The Last Team Standing in this best of three rounds deathmatch wins!

You also have most of the normal WZ medals for Arenas, along with these new ones:

And, there’s going to be a 4th Arena! As evidenced by these chat channel entries:

Also Ranked Season 1 should be starting sometime after 2.4 launches:

It also seems that some players will be receiving a special pre-season Ranked Warzone reward Title:

This is just a portion of the info he found in the PTS. You can read more to find out about the pre-season ranked warzone reward, Huttball changes and script additions, new Huttball arena, possible open world PvP, and more.

And in addition to all this cool info from SWTOR_miner, there is also a new post out from Werit, another fave dataminer.

Werit has a post up here with all his datamined info and this preface:

I was very surprised to learn, via Reddit, that SWTOR’s 2.4 patch had been pushed to the live servers!  2.3 just came out, BioWare means business with this 8 week content cycle.  Of course, when I tried top patch it said it needed to be repaired.  A long while later, I was ready to get data-mining. There is a load of data to go over, but one thing stood out at me: new entries for the Rakghoul Plague.  It certainly looks like BioWare will be bringing this event back, but in an altered form.  In fact, based on the data below, it looks like they are adding a PvP component to the event.