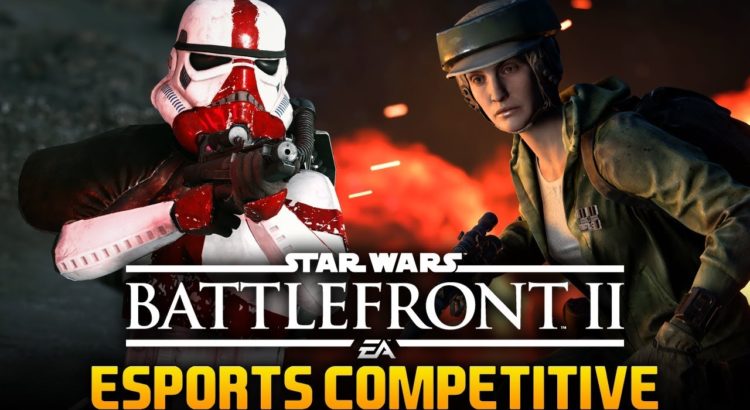 Star Wars is one of the biggest franchises in the world, with scores of loyal fans ready to immerse themselves into the lush environments of the forest moon of Endor. Battlefront had mixed reviews when it came out, but there was one point of general consensus: it was able to recreate the popular Star Wars experience authentically. Fans thoroughly enjoyed the feeling of flying Tie-Fighters over Tatooine and taking down AT-ATs. However, as any gaming enthusiast who is also a Star Wars fan will tell you, Star Wars Battlefront is a game that did not make full use of its potential. Yes, the game still has enough of a dedicated following that its game modes can be kept active, but it simply wasn’t as successful as had been anticipated. However, there’s one simple change that could have caused the game to do much better: becoming an eSports title.

Yes, Star Wars Battlefront could have seen immense popularity as an eSports game. On the ultimate eSports betting guide, it could have made an absolute killing. Here’s why.

Battlefront is all about teamwork to the point that you can’t succeed in the game without it. Other FPSs do give you the option of succeeding without good teamwork, but this isn’t possible in Battlefront. Even if a team has excellent solo players, they will lose against a team that works together well. Team cooperation would therefore have made for an incredible eSport experience.

Plus, while Battlefront was critiqued for its narrow accessories, skills and weapons range, all of those weapons were extremely well balanced against each other. There is discernible difference in how you would use long range weapons versus ones designed for close combat, without any one weapon being better than another. This is a key aspect for eSports, since you want a well balanced team. The accessories and skills are similarly well balanced, despite having different uses.

All of this could have made Star Wars Battlefront a prime eSport title. This is especially so since your choice of gearing up depends on nothing other than the teams’ choice of tactics.

The Weapons and Skill Cards Get Unlocked Early in the Game

This was actually a point of critique for the game. After all, it only makes sense for players to get their hands on higher level weapons and skills the more they play the game. However, in an eSport context, this could have allowed players to try out all of the games weapons quickly, allowing for an accessible and even playing field.

The Casual Setting Would Have been Welcome in an eSports Title

Another point of criticism was that the game was too casual for hardcore players, who, obviously, would want to put in time and accrue skills to unlock more powerful weapons and abilities. But this very casual setting would have made the game an excellent one as an eSports title. The lack of progression may be unappealing to solo hardcore players, but teams playing together would have caused development in player skill and tactics. Additionally, as a viewer-friendly first person shooter, it would have made for an interesting game for viewers to watch.

What’s EA’s take on this?

Unfortunately, while EA had demonstrated some interest in developing eSports, Battlefront II remained an action shooter. The sequel to the game has seen better reception, but it is still generally agreed that it could have been another exceptional eSports title.

That said, EA is on the record as seeing the eSports scene as an area of “huge opportunity”, one that it might explore in future years. In fact, EA has been actively involved in the eSports area for more than ten years with the FIFA World Cup tournament. However, EA CFO Blake Jorgensen says the company does not necessarily plan to operate its own eSports tournaments, even if it does mean to boost its efforts in the competitive gaming world.

“It’s something we think is a huge opportunity for us because what it does is it deepens engagement in something people love,” he said. “The way we’ve approached esports historically has been at a much more local level. And we’re seeing the opportunity now to really up-level that to really more of a global level. Clearly, properties like our sports properties offer that, but also things like our Battlefield or Battlefront properties could also be open for eSports.”

He also added, “You’ll hear more about this in the coming years, but I think there’s a huge upside for us around deeper engagement. We don’t think eSports per se is a way to make money. The running of a tournament is not really our skill set. We would probably outsource some of that activity. The real opportunity is to deepen the engagement and sell more copies of your games because more people want to engage, get better, and beat people in tournaments.”