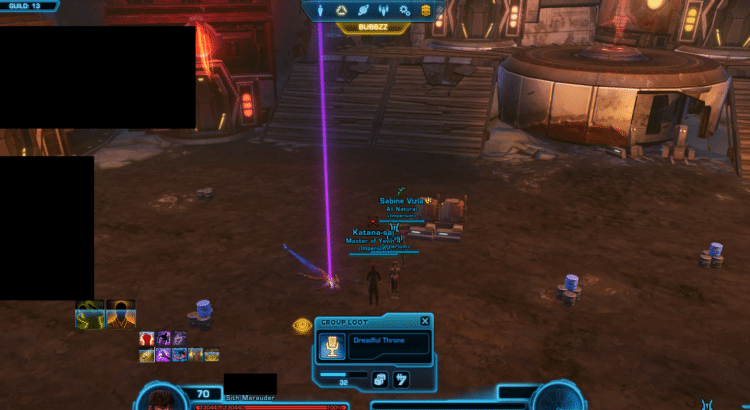 Keith Kanneg just updated the SWTOR comunnity on BioWares SWTOR plans for the rest of this winter and the start of spring. Check it out:

I think for all of us, this Roadmap process we started last year could stand a bit of improvement. Instead of providing information every 90 days or so, it’s taking a lot longer to get you any information about what we’re planning, and honestly, that needs to change. I’m still reticent about communicating details beyond 90 days, but I do want you to be comfortable with our direction and where we are headed.

With this in-mind, we’ve decided to use the Forums as the means to get you the information about the next couple months versus waiting for a Roadmap. This will allow us to be more responsive to your questions, address your concerns, and maintain a better dialog going forward. It also helps us (especially me) to stay available and not make it seem like we’ve disappeared into the ether. Here is what you can expect in March and April this year (2018):

Cartel Market: We improved the way we operated the Cartel Market last year based on your feedback. The team is looking at making additional big changes starting with Game Update 5.8. We’ll give you more details when we’re a few days away from release.

Subscriber Rewards: We have a series of Subscriber promotions throughout the next few months… look for details in your email, on the Launcher, or on the SWTOR website. For example, the February Share your Love of SWTOR started yesterday and ends February 27, 2017.

Beyond April – Discussion Topic!
As we look back to 2017 and now beyond the conclusion of the traitor storyline, we are planning to continue delivering content in the same manner throughout 2018. When you look at the total year, you received a wide variety of both multi-player and solo activities including a new story, Strongholds, Starfighter updates, a new Warzone, two new Flashpoints, and a new Operation, along with many Quality of Life improvements.

We heard feedback from some of you indicating you missed having a more “traditional” expansion and you’d rather wait so it all comes at once. I like having updates released regularly versus waiting long periods of time in-between patches. Although this remains our current plan, we are also laying out what we’ll include in a 6.0 Game Update. We’ll keep you informed of our summer, fall and winter plans throughout the coming months.

We look forward to expanding more on what you can expect in 5.8, 5.9, and beyond! As often as we can, we will be around in the thread to answer your many questions about those updates. Looking forward to having some good discussions.