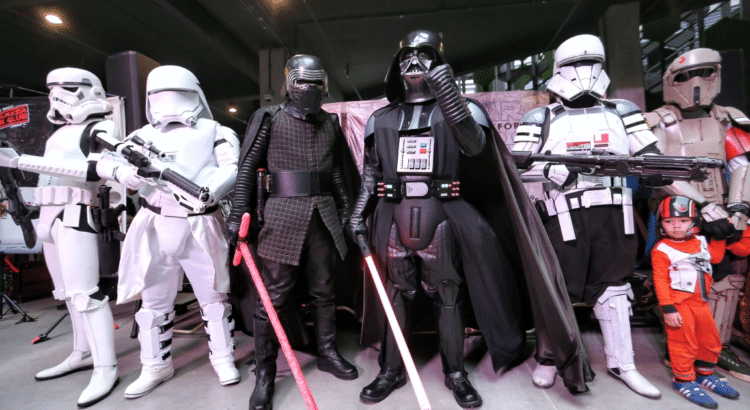 The franchise of Star Wars has been a stable in pop-culture since the 1977 release of Episode IV- A New Hope. However, nobody could foresee just the dominance that it would enjoy around the globe in enticing fans on multiple formats in-game, comic books, television and of course film.

Before the release of Episode IX- The Rise of Skywalker later this year the franchise is reportedly worth a staggering $65 billion, and it is the world record holder of the most successful film merchandising franchise. Along with this Star Wars is ranked fifth on the rankings in the highest-grossing media franchises of all-time; sitting behind Pokemon, Hello Kitty, Winnie the Pooh and Mickey Mouse & Friends. But, in what areas has it excelled away from the big screen?

The franchise has excelled when it has come to video games and online games. The sector of video games was first explored in 1979 with the release of Star Wars Battle Command, before making its way onto Nintendo in 1991. Lucasfilm saw the sector become their own and formed their own gaming company in 1982. The ability that Star Wars had to incorporate multiple elements into the game was highlighted with the release of space flight simulation game Star Wars: X-Wing. The later release of the Rogue Squadron series between 1998 and 2003 also played into the space angles of the franchise and was met with critical acclaim.

The ability to transition and adapt is imperative in the gaming industry, and the franchise has shown that time and time again. In 2018 it was revealed that a mobile game was to be published by Zynga, while augmented reality was also used in Jedi Challenges. Away from video games, the casino industry has also noticed the trend, and there are numerous slot games available that incorporate all of the much-loved characters, and fans’ can use sites like Gamblegenie.com to find the perfect title for them.

The franchise has been able to tell more stories from the beloved universe through different mediums but perhaps none more successful than their comic book series between 1977 and 1986. The initial release was the stories that were not included in films, while the publications between 1985 and 1987 were releases aimed at the younger audience telling the stories of Droids and Ewoks.

Dark Horse Comics took advantage of the interest that remained following the ending of the original trilogy by releasing dozens of seasons. These included the Tales of the Jedi between 1993 and 1998 and the Star Wars Tales between 1999 and 2005. Following Disney’s purchase of the franchise, it was revealed that the comic book rights would return to Marvel Comics and titles such as Princess Leia, Star Wars and Darth Vader were released.

The music used in the Star Wars films is iconic and sends a tingle down the spine of every hardcore fan. Fans were able to purchase the soundtracks for the movies so that they can listen to the music whenever they liked. John Williams was the man behind the music for all nine of the trilogy films, while John Powell and Michael Giacchino composed the soundtracks for Solo: A Star Wars Story and Rogue One.

It wasn’t just music that could be listened to, with radio adaptions of the films also produced due to Lucas’ interest in radio. He issued the rights to the Star Wars story to KUSC-FM for just $1 and were given the original movie score and Ben Burtt’s sound effects. The first edition was written by Brian Daley and was broadcast in 1981; with the 1977 film released in 13-parts and also featured the actual voices of Anthony Daniels and Mark Hamill as they reprised their roles. The success of this led to a ten-episode adaption of The Empire Strikes Back when it was released in 1983.