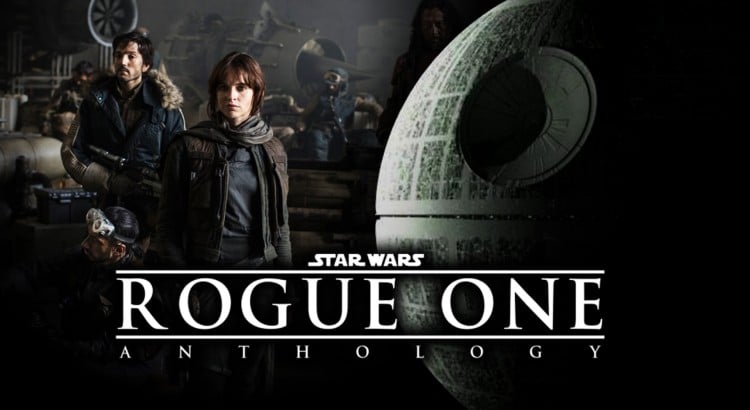 The official trailer for Rogue One is here and people have a lot to say about it. In addition to the excitement, there’s also a lot of confusion about it. People want to know what it is, what it will be about and when we will see it. So we’re going to open up some discussion on Rogue One today and also try to clear up any confusion you might have.

So first things first, if you have not seen the trailer, here it is:

Now, let’s talk for a bit about Rogue One and what we know about it so far.  Let’s take a look at some facts:

So what’s up with the name? Is this a Rogue Squadron film? A lot of people thought that in the beginning when we heard the name but that doesn’t appear to be entirely true of the actual film. So here’s a very logical guess? We were never actually told why Luke and Wedge named the squadron Rogue Squadron. So maybe the name actually came as a way to remember the soldiers who stole the plans, making it possible for them to destroy the Death Star. That makes sense, no?

So again, if you’re looking at the trailer and thinking, “What? Another Death Star?” Remember that this film is a prequel. It’s certainly not the first time that’s been done in a Star Wars film, right?

People who are not big Star Wars fans, really familiar with the canon or who have watched the films recently might have a little trouble placing the timeline of this particular film. But this is a great opportunity for new and old Star Wars fans alike to explore (or re-explore) the story, the canon and of course, these new films.

Let’s Talk about that Heroine

So we’re seeing a theme in these new films that I, for one, quite appreciate.

While Star Wars was not lacking before in strong female leads, The Force Awakens also gave us Rey, who became an instant sensation with a new generation of young women and girls. Now we have a new heroine: Jyn Erso

So what do you we know about Jyn? There were theories about her being Rey’s mother or even Poe’s mother (as we explained above) but the thing about Rogue One is that it’s showing us women leads can be more than just lovers or mothers. They can be kickass heroes all on their own.

So here we have Jyn, played by Felicity Jones. She’s tasked by the Rebel Alliance’s leader, Mon Mothma, to steal the plans to the Death Star. She was specifically chosen for this task due to her very specific set of skills which include forgery of Imperial documents, possession of stolen property, aggravated assault, and resisting arrest.

Mmkay then… so here’s a woman with an interesting past, indeed.

Jyn is no princess and she’s no clean Luke Skywalker type either. She’s more of a rogue, thieving, Han Solo type heroine and people are excited about the potential here, for sure.

The supporting cast are also “rough and ready” and there’s a bit of a gritty feel to the cinematography that really sits right with the entire plot of the story. It has a retro style to it , but this film is definitely progressive in its casting.

Link Between Battlefront and Rogue One?

So here’s another idea to run through your mind. Could there be a link between things that are happening right now in Battlefront and Rogue one?

Actually, many players in the Star Wars: Battlefront community are speculating and hoping this might be a future DLC. The Troopers, especially, are a big hit and players would love the chance to play a final DLC that is Rogue One inspired. From looking at the film teaser, there really is a good chance this could be the case.

The timelines match up, the other DLCs time up with other films and Battlefront is following and identifiable pattern in the story. The scene with the AT-ATs and also the war theme that is in this film fit in well with the themes of Battlefront.

So would it work? Could there be a Rogue One-themed Battlefront DLC or is that just stretching things too far? We want to hear your thoughts and of course, we’ll keep you updated on anything new we learn about the film.

So that’s Rogue One. It’s coming this December. Are you ready?